London, UK [Renewable Energy World Magazine] The power industry is widely recognized as one of the main actors in efforts to control increasing levels of global carbon emissions. With mounting pressure from global leaders and regulators such as those governing the European Union, evolving and stringent climate change regulations are increasingly putting the onus on power companies to become part of the solution, rather than the origin of the problem. 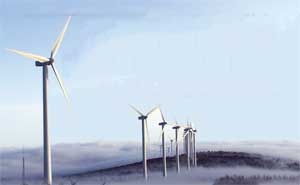 With this in mind, many progressive power companies have pledged to commit to the use of, and investment in, renewable energy sources, such as wind, solar and wave as part of their power generation portfolio. However, this commitment signifies a substantial planning and resourcing headache when it comes to procurement, especially if they do not produce the renewable energy themselves. This – coupled with the grid reliability, enterprise IT and market restructuring issues that also pepper the power horizon – means that efficiency and optimization are top of the agenda for power companies. As with any commercial business, in order to succeed power companies need to ensure that in going green, they also maximize the value of their investments and meet commitments to their customers. With this in mind, optimization technology has proved itself to be part of the solution in helping power companies address complex and investment-intensive issues.

The power industry has long been a major user of optimization solutions, and as processes and procurement become more complex, the industry is likely to continue to rely heavily on this type of technology. An example of optimization in practice is demonstrated by Red Eléctrica de España (REE). The Spanish national power system operator decided to increase its IT investment in order to meet its environmental targets – unusual insofar as many enterprises typically try to reduce their carbon footprint by making their IT systems more energy efficient.

REE was created in 1985 and took over the transmission grid and operation of the Spanish power system, establishing transmission as a separate activity from generation and distribution. The company’s international division also manages the power supply systems in non-peninsula Spain, to the Canary and Balearic Islands and the cities of Ceuta and Melilla. REE does not generate electricity, but has a responsibility to acquire energy at the lowest cost, whilst also meeting environmental targets such as those set out by the Kyoto Protocol.

In mainland Spain, electricity generators compete by way of a national market, with prices set daily. Off the mainland, however, local markets are too small for this approach to work. REE manages the electricity networks through unit commitment, which refers to the process of dispatching available power sources at the lowest possible cost, whilst also maintaining safe and consistent supplies – arguably one of the most problematic challenges facing the utility industry today.

Additionally, REE has to utilize all available renewable energy before purchasing from other sources. For example, in the Canary Islands, renowned for their strong Atlantic winds, this means ensuring that all the abundant wind energy is dispatched first and foremost. Because availability of power from renewable sources, especially from wind, varies with the weather, REE has to calculate potential supplies from renewable sources, based on suppliers’ forecasts, and also know what other conventional generating capacity will be available, should the renewable sources fall short. It is fair to say therefore that achieving the best unit commitment – and securing a constant supply of power – requires advanced planning techniques.

Calculating unit commitment requires a large number of variables to be considered over a period of time, such as available generation capacity and generator usage costs, as well as customer demand and environmental regulations. This, coupled with a planned undersea interconnector between the Balearic Islands and mainland Spain which will give access to a broader range of electricity generators, compelled REE to source a system that provided more flexibility to adapt to its unpredictable market and produce a truly optimal dispatch. Originally managed using an internally designed interactive mathematical methodology, REE decided to introduce a malleable, but rigorous technology for modelling the unit commitment system, based on optimization software, rather than traditional heuristic methods.

Optimization technology is based on applied mathematics and computer science, and is widely used to help business people make better decisions. It can quickly determine how to most effectively allocate resources, automatically balancing trade-offs and business constraints, and eliminates the need to manually work out plans and schedules, achieving maximum operational efficiency.

According to Mustafa Pezic, the project director at REE: ‘The methodology applied until now was interactive but did not guarantee an optimum solution. There were many difficulties in the smaller systems and it was hard to find the most viable solution. Thanks to the new methodology, we have resolved this type of problem. The new tool allows us to simplify all maintenance tasks and any changes made to the model, which in our particular case, are very frequent.’

Pezic says that the implementation of an ILOG Optimization Decision Manager (ODM)-based solution has provided operational advantages to the company’s managers and engineers, noting: ‘From a user viewpoint, it has brought greater trust in the solution and a significant reduction in planning time required by users. In parallel with this, from a development and maintenance perspective, there has been a significant reduction in associated costs, as well as in the duration of the processes.’ 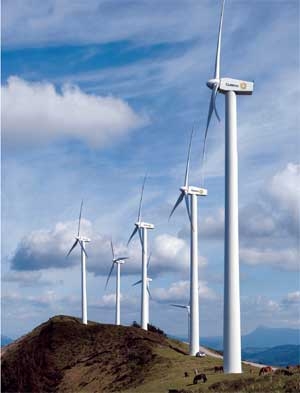 Using optimization, planners can compare different scenarios, programmes and production costs. They can also enable active user participation during the development phase and interactions during the solution search process. In short, REE’s operations research personnel can now test generation scenarios quickly and easily. From a software development and maintenance point of view, there has been a significant reduction in associated costs.

REE’s unit commitment process now includes renewable energy sources. Through the optimization tools, the utility has been able to integrate the highest possible wind energy (17% of total energy) in the system and has also been able to halve the use of noisy generators at night, significantly reducing noise pollution. REE has also reduced production costs by 1%–2%, which translates into savings of €50,000–€100,000 per day. And at the same time, REE has reduced its carbon emissions by 2.5% – which represents approximately 100,000 tonnes of CO2 annually.

The optimization approach has allowed REE to balance supply from renewable and conventional energy sources more cohesively. Because weather changes are difficult to predict, REE’s modelling needed to be all the more precise. This is particularly pertinent with the planned expansion of wind farms in the Canary Islands, and is likely to lead to all the islands’ off-peak (night time) power demand being met by wind energy, and up to 50% of peak demand.

It is currently estimated that in extra-peninsula Spain, renewables supply less than 10% of energy, but by 2012 that will rise to 20%. REE’s mandate is to programme in as much renewable energy as producers can provide and every time a new wind farm is installed, and that happens at least once or twice a year, REE will need to update its models.

With the utilization of renewable energy set to continue its dominance on the 2009 agenda, the power industry will need to continue to take note and adapt to this rapidly evolving environment. As the REE case study illustrates, optimization solutions allow for both the business and its technicians to make better decisions when faced with a complex set of variables. What is also evident from the REE story is that investment in optimization software can not only prove effective in reducing carbon footprint, but also in lowering production costs, an attractive prospect in today’s turbulent market environment.

Dr Jeremy Bloom is senior product marketing manager for optimization at ILOG, he has over 25 years’ experience in the power industry, including with General Public Utilities and the Electric Power Research Institute, in the United States.
e-mail: bloomj@us.ibm.com