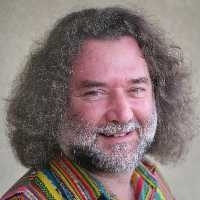 With all of the corporate bailouts and economic disasters our country is facing at present, it really is easy to welcome the wallet-relief provided by currently low transportation and heating fuel prices. As the saying goes, “Why look a gift horse in the mouth?” It isn’t comfortable to consider that the relatively calm waters international oil prices present could be covering an insidious undertow that is quietly dragging our renewable and alcohol fuel industry down to the OPEC equivalent of Davey Jones’s Locker where it will lay submerged until the big oil pumps finally do run dry.

In some places around the country today we are paying US $1.89 a gallon for gas (or even less). However, it is important to point out that with that short term windfall comes the ominous realization that nearly 25% of our Alcohol fuel producing industry will be going belly-up soon. That is correct. Many investor-backed as well as entrepreneurially driven Alcohol plants currently producing in the US may be bankrupted by the end of February 2009.

It is very likely that 40 of the nearly 200 alcohol fuel plants we have working now will be victims of what I refer to as big oil’s slash, burn and buy strategy to collapse, consume and control our fledgling alcohol fuel industry.

The obvious poster child for this tragedy is VeraSun. Declaring bankruptcy recently in a federal court in Delaware, VeraSun represents a considerable failure for the alcohol fuel industry. Having fallen from the vanguard of ethanol plants funded by venture capital, its collapse is having a rip-tide effect through the investment (and sadly) the farming community as well. Once a mighty force for alcohol expansion VeraSun is now reduced in value to pennies on the dollar. [Editor’s note, for more on the takeover bid, read RenewableEnergyWorld.com’s Wednesday story, Ethanol Industry Eyes Valero’s Bid for Verasun.]

How did this happen? What is the sleight of hand big oil is using to lull us to sleep at the wheel, while it methodically implements the conquest and enslavement of America’s independent and sustainable energy future?

Here’s the answer. Oil companies are using the commodities futures trading system to artificially drive up the price of corn while depressing the price of alcohol, essentially gaming the futures market. The impact of artificially high corn prices is that plants like VeraSun (that aren’t built and supported by farm-owners, but rather by capital investors) had to pay high prices to compete with big oil to buy corn and make fuel. Meanwhile, the futures price of alcohol was driven down by big oil’s fuel monopoly-easy since they buy over 99% of alcohol fuel produced.

Although VeraSun recently named the company that has offered to buy it out of bankruptcy and as I had predicted, it’s an oil company. Big oil recently spent a billion dollars conducting a fictitious food vs. fuel campaign, contributing to devaluation of US $6 billion dollars’ worth of alcohol plants by more than 90%. Big oil is now quietly spending a fraction of the $125 billion they made in profit last year to buy up alcohol fuel plants for pennies on the dollar.

It is sad that VeraSun and some other independent distillery companies face bankruptcy, but the real market losers are our farmers. While oil companies bought futures contracts for corn at $6 a bushel, farmers were subjected to a quadrupling of prices for oil-based crop inputs such as fertilizer.

With the federal court ruling in the VeraSun bankruptcy, a legal precedence is being set that now allows plant owners to reject contract commitments for grain and corn purchases they have made with working farmers. For the first time ever for any company, there may be an escape from paying for the futures contracts that are bought. The problem with this is that farmers have of course already borrowed money (based on futures pricing) to pay for higher input costs in producing the supposedly higher-priced corn. Unlike the plant owners, they won’t get to avoid their debts and as that crunch goes on.

I think that there is a real chance that big oil will buy up the alcohol plants, reject the futures contracts, bankrupt the farmers and then be able to buy their land.

If the oil companies gain control of even a quarter of the alcohol production infrastructure and land for the crops, there will be no end to the disruption they can cause in markets, they could even potentially bankrupt the rest of the industry. If you think that it’s a nightmare that big oil controls our energy, think what life would be like if it controlled our land and food, as well.

Oh no, I hear another bailout in the makings! Unfortunately, I think that the only way to avoid this catastrophic scenario is for us to provide alcohol fuel plants with a bail-out plan. However, as I have recommended for the auto industry bailout, there should be conditions. While a number of initiatives should be addressed to ensure the alcohol fuel industry’s long-term growth, implementing these bailout conditions in the short term will make the ethanol business more secure and less likely to need any future assistance:

Even though I am an advocate for smaller alcohol fuel plants for many reasons (security, local economy strength, true energy independence among others), the larger plants need to be protected for the health of the industry and the United States. Without an effective alcohol industry to compete with big oil, the sky would be the limit on gasoline prices.

I have already gone on record predicting that we can expect gas prices to rocket by March 2009. I have also stated that there will be a concerted effort to blame the new administration for this occurrence. This will happen because oil companies and OPEC are afraid that President Obama will carry out his campaign promises to reduce oil imports and address climate change.

There is already a big oil campaign going on to portray the oil companies as back in control of energy prices that somehow got out of control last summer due to “speculators.” You might have caught the 60 Minutes Infomercial they ran for OPEC and the Saudi family recently, (wow take a guess at what that cost to purchase and produce).

Big oil is already floating articles that say that putting money into alternative fuels will be a waste of taxpayer dollars and will raise rather than lower the price of auto fuel. Expect this chorus to become a propaganda flood during the first 60 to 90 days of President Obama’s administration, with the aim of discouraging Congress from doing anything substantial to cut our oil use via any alternatives not controlled by big oil (oil shale, tar sands, coal-to-gas).

It will be in the oil companies’ best interests to avoid attention until after the first round of legislation from the new administration. Traditionally, new presidents can get almost anything passed in the first 60 days or so. The oil companies would prefer to not have the gun sights of legislators trained on them during this period. Once the first flush of legislation is introduced, it will be autumn before another major bill could be introduced to interfere with the oil companies. They will hope to have the ethanol industry and enough legislators bought up by then.

I urge citizens everywhere to contact their Congressional representatives, the Department of Justice, Antitrust Division and the Federal Trade Commission, Bureau of Competition to express their concern regarding the Valero acquisition of Verasun and to help mandate protectionary and regulatory programs for the formation of a truly independent renewable energy and fuel producers market. (Note: email is not always secure. Mark confidential information “Confidential” and send it via postal mail).

David Blume is the executive director of the International Institute for Ecological Agriculture, (I.I.E.A.). He is a globally renowned permaculture and alcohol fuel expert and is author of the Amazon best-selling book Alcohol Can Be A Gas (www.alcoholcanbeagas.com). Mr. Blume is a leading advocate for alcohol fuel and the role of the American farmer in developing a truly sustainable energy and food policy for the post-oil era.