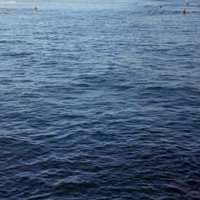 Maine, United States [RenewableEnergyWorld.com] Since 1844, when the first tide wheel was built, inventors have been trying to harness the immense power of the ocean with little success. Now the next generation of engineers is trying to break the course of history and turn this niche industry into a major energy player.

In 1894, currents were used to compress air and run a turbine; today, waves are being used to compress air in an oscillating water column. In 1923, a patent was issued for a snake-like machine that used waves to run a hydraulic pump; today, Pelamis Wave Power has deployed (and since removed) an almost-identical machine off the coast of Portugal. And in 1946, a horizontal-axis turbine was invented to harness the currents of the ocean; today, Verdant Power is testing a similar device in the East River near New York City.

“Many people think this industry is new, but these devices have been around for a long time. You see a lot of the newer designs that are based on older designs,” says Rob Cinq Mars, President of the engineering consultancy Free Flow Energy.

The marine energy industry is generally broken up into a number of different technologies: wave, tidal, current, salinity gradient, ocean thermal and offshore wind. Offshore wind — while still very nascent — is one of the only technologies being deployed on a commercial scale.

There’s a lot of excitement about wave and tidal technologies today — a result of the broader interest in clean energy. But Cinq Mars is cautious about some of the claims being made by companies. Many tout the benefits of their technologies, but few are actually close to achieving those claims.

“Show me the energy,” he says. “Not a lot of these devices are actually generating electricity today.”

The small bits of electricity actually being generated usually come in at the US $0.40 per kilowatt-hour (kWh) range.

Technological successes in marine energy over the last 165 years have been incremental. But with the emergence of new materials, sophisticated electronics and unprecedented amounts of money being invested in new ocean energy technologies, the industry is looking far different than it did in the past. In fact, says Richard Meyer, President of the Ocean Energy Council, it has changed more in the last few years than it has over the last century.

“Two or three years ago…it was really only small laboratory testing of devices. These days they’ve got things in the water, they’ve got sites selected and they’re worrying about regulations. Things have really come a long way in a short time,” says Meyer.

Today’s marine renewable energy industry is commonly compared to the wind industry of the 1980’s and early 1990’s. At that time, there were many competing technologies being developed and thousands of turbines were broken during the testing process, says Meyer. Eventually, certain designs won out, parts for those machines were standardized, and a supply chain was created to service them.

The marine energy industry will have to go through the same culling process.

“We won’t break thousands [of turbines] but it may be a lot before we get somewhere. Ocean energy is about 15 years behind wind energy, but it won’t take 15 years to catch up,” he says.

With only 10 megawatts of installed marine energy capacity around the world, the industry has a long way to go before it catches up with the more than 120 gigawatts of global wind capacity.

In theory, the oceans could supply us with a lot of energy. The International Energy Agency estimates that tidal, wave, current, salinity gradient and ocean thermal technologies could represent more than 100,000 terawatt-hours of energy each year.

There remain a number of difficulties that companies must face in order to bring the industry to this scale.

The high cost of demonstrating projects remains a significant problem, especially recently because of the lack of capital available due to the financial crisis. As later stage companies get further along in the testing process, cash-burn rates accelerate and the need for capital increases. But many investors are hesitant to touch risky, unproven technologies.

Firms like Ocean Renewable Power Company (ORPC) know a lot about the financial difficulties of later-stage testing. ORPC has been developing its cross-flow turbine for ocean and river currents since 2004. Last fall, it tested a 30-kilowatt (kW) pilot version in the Bay of Fundy off the coast of Maine. Bad weather, broken measurement instruments and incorrectly sized turbine foils were some of the setbacks the team experienced, says ORPC President Chris Sauer. When the company starts testing its 60-kW pre-commercial unit this fall, those setbacks will be much more expensive.

“We are in this for the long haul…we knew that we needed to find a really strong, strategic partner that has some financial strength,” says Sauer.

Like many other companies, ORPC was unable to raise any private equity after the financial markets broke down last fall. However, Sauer says that the company has teamed up with a strategic partner that will get it through the next testing phase and allow it to demonstrate the commercial viability of its turbine by the end of the year. ORPC has not yet released any details of the partnership.

Some companies haven’t been as lucky. Pelamis Wave Power, which developed the first commercial-scale wave project off the coast of Portugal, is now trying to find a new investor. It’s primary partner, Babcock and Brown, went bankrupt in March. In the meantime, the Pelamis devices are sitting idle while the company tries to find the money to fix them.

Another leading developer, Finavera Renewables, announced in February that it would temporarily abandon the wave energy business in order to focus on wind. That announcement came more than a year after its device sank off the coast of Oregon. Finavera says it will try to bring in new partners for future development of the AquaBuOY technology.

As if these short term testing problems weren’t difficult enough, understanding the long-term viability of these devices is even more uncertain. None of them have been in the treacherous sea environment for very long.

“Everyone agrees that survivability is the key technology challenge,” says John Miller, Director of the New England Marine Renewable Energy Center. “I think in the past, there wasn’t a full appreciation for the challenges involved. Now there is.”

Once technologies are ready to be deployed on a commercial or pre-commercial scale, a long and complex permitting process must be completed. This process can also be a problem for inexperienced, cash-strapped companies — especially in the U.S. where the layers of local, state and federal regulations can be difficult to navigate.

These demanding financial, technological and regulatory requirements will eventually weed out the weak companies and bring the companies with the best technology and project management skills to the top.

“You have to be able to do it all. If you want to be successful in this industry, you need to understand the whole package of project development,” says ORPC’s Sauer. “This is not just about a technology.”

A number of players have entered the market without recognizing the scope of the challenges, he says.

“I do think in marine renewables, the euphoria has subsided a bit. People realize now what we realized a long time ago — that this is not an overnight thing. It takes hard work and it takes hard work over a long period of time,” says Sauer.