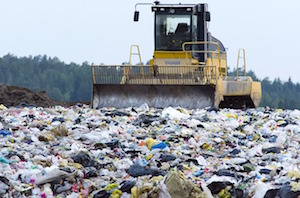 Circular enerG wants to build the WTE facility at a former army depot in Seneca County, N.Y., with initial construction estimated to begin in 2020. The first phase of the project would have between 25-40 MW of generating capacity, and phase two would ramp up to 80 MW, according to the company.

The developer in March filed a public involvement program (PIP) plan with the New York Public Service Commission (PSC), and last week filed an updated version of the plan in response to PSC comments. The PIP plan is part of the pre-application siting review process with New York’s Board on Electric Generation Siting and the Environment. An official project application would be filed at a later date.

Circular enerG claims in the filing that the project is in line with a state waste management policy that calls for energy recovery of waste prior to landfilling, and puts landfilling as a last resort. Seneca County, the company said, depends on landfilling “almost exclusively.”

Mark Venuti, supervisor for the Town of Geneva in Seneca County told the PSC in April 9 comments that waste would be shipped into the county from other regions for burning at the plant. That approach, Venuti said, is an environmental justice issue because the area “is already the largest destination of other people’s waste in the State of New York.”

The county has the two largest landfills in the state within 15 miles of each other and the proposed facility site, he added.

Cuomo on May 15 joined the discussion, saying in a statement that the proposed project is not consistent with his administration’s environmental goals.

“Importing and burning municipal solid waste in one of the state’s most environmentally sensitive areas is simply not appropriate,” he said. “I’m confident that the…siting board will carefully consider these impacts and reject the project application if one is ever filed. If the legislature proposes other solutions, we will consider all options to protect against this proposal that is at odds with New York’s renewable energy plan and that threatens important natural resources, environmentally sensitive areas, and economic drivers in the Finger Lakes region.”

The Finger Lakes include 11 separate lakes and are a popular tourism destination. Communities there also actively work to oppose increased natural gas hydraulic fracturing in the region.

Venuti told the PSC that the town of Geneva’s goal is to stop being the host of other people’s waste, noting that the WTE facility would be an “unjust additional burden” that would threaten the future of the area.