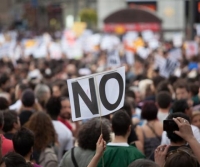 BERLIN — There’s plenty of dark irony to Bavaria’s stiff opposition to Phase 2 of Germany’s heralded Energiewende, or clean-energy transition. Germany’s southern-most state, known for its spectacular Alps, has profited as much or more than any of its peers from the renewable energy boom, not least from the considerable subsidies that German electricity consumers pay to cover renewable energy standard (RES) investment costs. But a campaign in Bavaria that observers have tongue-in-cheek nicknamed “Not in My Alps!” is currently one of the biggest obstacles to shifting the Energiewende into a higher gear.

Indeed, municipalities in Bavaria and elsewhere in Germany are currently holding up plans to expand Germany’s electricity grid, which most experts agree is crucial for Germany to hit green-power targets (55 percent by 2035), check carbon emissions, and ensure energy security (above all to southern Germany) when more nuclear power plants go off-line over the next eight years. The purpose of the planned north-south corridors (so massive they’re referred to as “energy autobahns”) is to transport wind-generated power from the gusty North and Baltic Sea coasts down to Germany’s industrial hubs in the south. On other fronts too, for example, wind power and pumped-storage hydroelectricity, the Munich-based regional government in Bavaria is backing local citizens groups that are vigorously protesting clean-energy-related installations in their localities.

This resistance belies what immediately strikes any visitor travelling through the sunny foothills of the Alps and the rich farm lands on either side of the Danube: barns, homes, sheds, garages, warehouses, and fields plastered with PV panels. There’s hardly a farmyard without a biogas site or energy crops alongside the cow pastures.

In fact, Bavaria boasts a third of Germany biogas production with 2,372 facilities. The state covers 34 percent of its electricity consumption with renewables, the second highest rate among the 16 German federal states. Bavaria not only boasts more energy co-ops (273) than any other state, but more new co-ops every year than elsewhere in Germany. Over 66,000 Bavarians own their livelihoods to renewables, also the highest number in the country. Opinion polls show Bavarians overwhelmingly in favor of the Energiewende. Although Bavaria has a reputation of being traditional and arch conservative, it is arguably the poster child of Germany’s Energiewende.

So why the ruckus? Do Bavarians simply want to have their cake and eat it, too?

Not the case, says Hans-Josef Fell, a Green Party member from Bavaria and director of the NGO Energy Watch Group. He says that there’s more to it than meets the eye. “It’s not primarily NIMBY sentiment,” he says. “Conservative politicians [in the Bavarian government] are interested in blocking the Energiewende, as they have been from the beginning, rolling it back and reintroducing nuclear power. They’re using these protests to put the brakes on the Energiewende. This makes a lot of people in Bavaria very angry as they’ve invested a lot of work and money in it. Bavarians as a rule are pro-Energiewende.”

Herbert Bartel of Friends of the Earth Bavaria argues that the nuclear industry and climate change skeptics stand behind many of the anti-wind initiatives in Bavaria. “When you go on their websites and dig around you find that they’re linked,” he says. “It’s not about damage to the landscape but about keeping nuclear power in play.”

Much of the opposition to the new grid corridors in happening in northern Bavaria, which is the location of much of Bavaria’s wind power capacity. These regions also boast high acceptance of the Energiewende. So why are these Bavarians taking to the barricades? “Franconia [northern Bavaria] is poorer than southern Bavaria,” explains Bartel. “They say ‘why should we allow these masts and cables to cut through our counties to make rich Upper Bavaria [southern Bavaria] even richer? We’d don’t need the power, they do.’ It’s a regional issue.”

Moreover, says Bartel, the counties and districts involved in the protests say they weren’t consulted about the plans. “They’re miffed that the decision was made over their heads. If there’d been strong participation earlier on, maybe these people would today be more accepting.”

The contrarian stance of Bavaria’s conservative leadership has provoked hefty criticism, even from within its own party’s ranks. Josef Göppel, a Christian democratic member of the Bundestag from Bavaria, says that his party colleagues in Munich can’t object to both expanding the grid and opening the door to more wind turbines and pumped storage. “If you don’t want more grid, then you have to produce the energy yourself, and Bavaria could do this by further promoting wind and solar power and biogas,” he says. The Bavarian administration, he says isn’t putting viable alternatives on the tables — they’re just saying nein.

Negotiations are ongoing between the federal government, Bavaria, the grid operators, and municipalities. One proposal is to lay the grid cables underground — an expensive proposition. Another is to involve the municipalies in the decision-making process and enable local citizens to buy shares in the grid. Yet another avenue would be to further expand and decentralize renewable energy production in Bavaria and elsewhere, which would obviate the need for such substantial grid expansion, as Göppel suggests.

Whether the source of discontent be NIMBY or something else — or a mixture of motives — the on-the-ground opposition could drag out the expansion of the grid, and thus slow down the Energiewende by a step. But it won’t stop Germany’s clean-energy shift. In the end, the federal government has the last say about infrastructure decisions of key importance, like those relating to energy supply.  When it finally puts its foot down, the deal is done.