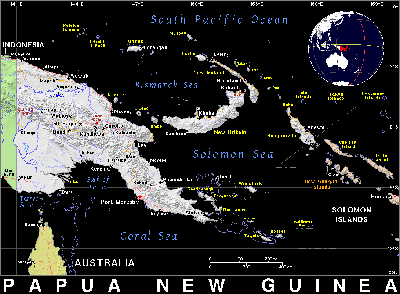 Multiconsult, an engineering firm based in Oslo, Norway, will work in Papua New Guinea, rehabilitating and modernizing two hydropower projects and developing a new facility.

According to an announcement today from Multiconsult, state-owned Papua New Guinea Power Ltd. (PPL) has awarded the firm a contract to supervise rehabilitating and modernizing 18-MW Yonki Toe of Dam and 10-MW Warangoi hydropower projects. The firm will also oversee new construction for the 3-MW Ramazon hydropower plant.

The total amount of the contract awarded to Multiconsult is not immediately available.

The rehab, modernization and new development work is part of a US$55.9 million loan approved in July to Papua New Guinea from Asian Development Bank (ADB) to fund the Town Electrification Investment Program (TEIP) Tranche 2.

TEIP is a move by ADB to fund infrastructure work in rural areas of Papua New Guinea.

TEIP Tranche 1 was approved in late 2010. In February 2011, ADB provided $57.3 million in funding to support run-of-river hydro plants in Northern Province and the Autonomous Region of Bougainville. Tranche 1 also funded construction and installation of a 66-kV transmission line in West New Britain.

Projects
The Yonki Toe Dam powerhouse has two vertical shaft Francis turbines and is a separate facility of the Yonki Dam project, which was commissioned in 1991 at a cost of $140 million. The project includes an earthen embankment dam over Ramu River that impounds Yonki Reservoir, which provides flow to the 77-MW Ramu 1 hydropower facility.

PPL said the major work at Yonki Toe Dam will consist of:

The Warangoi project is located 30 km from Kokopo, in East New Britain. The major work includes the following:

PPL thinks once the proposed rehab and modernization projects are completed, it will result in extending the economic life of the plants by 20 to 25 years.

The Ramazon run-of-river small hydropower project will include:

Papua New Guinea has about 580 MW of installed hydropower capacity and PPL accounts for the majority of supply, with about 380 MW in hydro assets.

Currently, only about 20% of the island nation’s rural population has access to reliable electricity.

PPL owns and operates thermal and hydropower generation facilities as a fully integrated power authority. It is responsible for generation, transmission, distribution and retail electricity sale throughout Papua New Guinea.