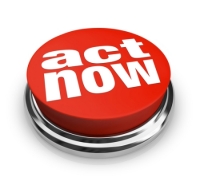 Several renewable energy incentives are on the congressional chopping block this year, and every year, it seems. There are plenty of persuasive arguments on either side regarding whether or not to keep renewable incentives. We believe a long-term energy policy is needed at the federal level to allow the domestic renewable energy industry to grow and ultimately prosper. It will remove the guesswork surrounding what incentives may be available in any given year.

First, let’s offer some perspective. The government gets involved with industry when it deems it is in the national interest of the U.S. For example, companies and investors receive tax advantages associated with domestic oil production as a way to lessen U.S. dependence on foreign oil. Earlier in our history, the government granted right-of-ways to railroads and utilities. Today, politicians use the renewable energy industry as campaign stump fodder because clean, domestic renewable energy sounds good to voters. It brings in jobs arguments as well, and Navigant Consulting, Inc. estimates that eliminating the production tax credit on wind would blow away 37,000 jobs in the U.S.

When a group submits a business plan for potential funding, it often includes projections 10 years out. How can renewable energy companies receive funding when a critical aspect of their business plans — those dealing with such issues as investment tax credits and bonus depreciation, for example — is indeterminate? The 2.2 cent per kWh tax credit program has been extended seven times during the past 10 years.  Banks and investors want to know what the potential financial landscape is with the best amount of assurance, and annual extensions of incentive programs by Congress is the last place they look.

One industry expert we spoke with, Christian Laursen, is the CEO of Quanta Power Generation, which provides engineering, procurement, and construction (EPC) services to the utility scale power generation industry, and has been involved with the development of 260 megawatts of PV energy. He explained that the auction process for power purchase agreements with utilities results in lower bid prices. So a developer who is trying to win a PPA with a utility factors the tax credit into his bid.

“Critics say that the PTC is just helping a bunch of developers get rich, but that’s not what happens,” Laursen continued. “It (the PTC) just factors in a lower price to the consumer.”

The problem with tax credit uncertainty is, Laursen said, that only the aggressive developers who bid based on the PTC get the power contracts. However, if the incentive is legislated away, the project stalls and the utility doesn’t fulfill its renewable energy quota. Tens of millions of development costs gets washed away, making developers less inclined to build projects.

We thought it useful to review the incentive landscape to compare and contrast. The following table presents the current slate of selected U.S. federal tax incentives:

Investment tax credit: Available for solar, wind, geothermal and non-ethanol biofuels. Qualifying properties get a 30 percent tax credit, a direct dollar-for-dollar of tax due, not just a deduction, which makes this incentive so attractive. The former 1603 grant in lieu of the tax credit program is history. Although there is a general blowback from the Solyndra loan guarantee default that has given solar power a black eye in general, there is still support for this tax credit because it is not a loan guarantee. It is set to expire in 2016 and it is too early to tell if this credit will be extended.

Production tax credit (PTC): Available for wind, biothermal, geothermal, and closed loop biomass. This is similar to the investment tax credit in that you receive credit for taxes due. While this is more beneficial to companies than a tax deduction, the credit of 2.2 cents per kilowatt hour produced, is based on production, and thus may come later in the life of a project. Other eligible credits of 1.1 cents per KH are available for hydroelectric, wave energy and ocean thermal. It is due to expire in 2012. The PTC is important enough that Danish wind turbine manufacturer Vestas said if the PTC is not extended, it will lay off a large number of employees at its Colorado operations.  Our current opinion is that there is about a 50 percent likelihood that the PTC will get extended, but there is currently a strong contingent pushing for extension, despite recent difficulties in Congress.

Cellulosic producer tax credit: This $1.01 credit per gallon sold is seldom used. Companies are attempting to make the technology work but the science is still catching up. It is scheduled to expire at the end of 2012.  Since the technology has not been proven to be viable on a commercial scale, we do not anticipate that this credit will be extended.

Bonus depreciation: This is an accelerated tax deduction based on investment in new plant and equipment. It is a tax benefit consideration for investors in oil and gas, solar, wind, and biofuel production, as well as other industries.  In 2012, investors can write off in the year of purchase 50 percent of the investment in new plant and equipment with a life of 15 years or less. By using this program, companies are using up all their deduction early, so it’s kind of like stealing from future results. The bonus depreciation expires in 2013. This program has nearly expired a number of times, but keeps getting extended.  We feel that bonus depreciation will be extended again because there are concerns that if it isn’t extended, capital expenditures will drop-off dramatically and the economy could go back into recession.

Small producer tax exemptions: These are commonly known as the percentage depletion allowance which allows a deduction equal to 15 percent of all gross income from oil and gas wells that produce less than 1,000 barrels of oil a day or 6 million cubic feet of gas. This tax benefit can be significant because you can continue to take the percentage depletion deduction even after you have recovered your entire investment. Similar to intangible drilling costs, this tax benefit has been around for a long time and it is likely to stay in place. In contrast, the small producer tax exemption for bio-fuels expired in 2011 and there are none of these benefits for other types of renewable energy.

Lease costs: Currently, investors can deduct 100 percent of the purchase of U.S. leases and all rights paid to landowner related to mineral rights over a period of time until their depletion. There are also some add-backs to calculating the alternative minimum tax deduction.  We do not expect a change to the tax treatment of lease costs. This includes geothermal leases.

In the United States, our energy policy has traditionally centered around the tax code as opposed to other means to a similar end, such as the feed-in tariff system used in many countries, particularly in Europe.  Because of the complexity of our U.S. tax code, it is very difficult for the average citizen to understand what is in place. There is no question, however, that these programs stimulate development in their respective industries. Because renewable energy is such a crucial part of our future, we believe that a consistent treatment from Washington would stabilize the funding and growth of the industry.

Sean Kelly, CPA, is a tax partner in the Orange County office of Hein & Associates LLP and provides tax planning and compliance services to closely-held businesses and public companies, and regularly assists with entity planning and selection, business planning, estate planning, succession planning, and charitable giving. Sean Kelly can be reached at skelly@heincpa.com or 949-428-0288. Greg Pfahl, CPA, is an audit partner in the Denver office of Hein & Associates LLP, a full-service public accounting and advisory firm with additional offices in Houston, Dallas and Orange County. He also serves as a local leader for the alternative energy practice area. Greg Pfahl can be reached at gpfahl@heincpa.com or 303.298.9600.