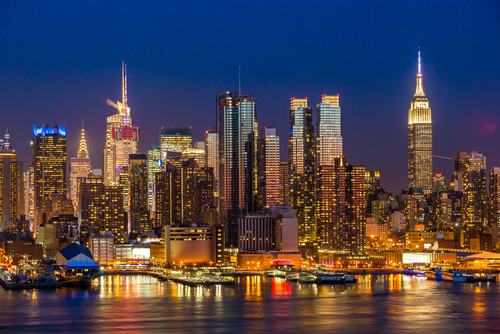 A group of nonprofits has formed a new alliance that will work to find more opportunities for corporations to buy clean energy for their operations.

With a goal of driving 60 GW of new corporate renewable energy in the U.S. by 2025, REBA will facilitate solutions among customers, renewable energy suppliers, utilities, and policy makers to overcome market barriers and drive collaboration among stakeholders.

Letha Tawney, director of utility innovation for WRI, said that corporate buyers last year signed contracts for more than 3 GW, nearly tripling their purchases in 2014, and many have committed to using 100 percent renewable energy.

“We know there is an appetite for many more GW of capacity, but it is too hard to buy renewable energy in the markets today,” she said. “It requires a large, sophisticated purchasing team to understand and access renewable energy options, and in many markets, there are simply no good options available.”

REBA will work to bring stakeholders together to collaborate on ways to overcome those market barriers, she said.

Speaking on the conference call, Bill Weihl, director of sustainability for Facebook, said: “At Facebook, we’ve been working for the last four years to get more clean energy into our supply — we use a lot of energy to power our data centers — with the ultimate goal of getting to 100 percent renewable energy.”

Weihl said that, while Facebook is working to achieve its internal renewable energy goals, the company’s decision to collaborate with the nonprofits leading REBA is largely driven by its interest in “greening the grid.”

“We recognize that we can move faster and get a lot more done both for our own supply and for the grid as a whole by collaborating with others,” he said. “We’re also working with buyers collectively to design new product offerings for utilities really to open up markets so that we, and others, can buy clean energy more easily in more places.”

The majority of corporate purchases of renewable energy to date have been completed through power purchase agreements with developers. Those PPAs create financial security for the developers to move forward with project construction. REBA will seek to find alternative purchasing options for smaller companies or groups of companies that do not have regional loads large enough to support utility-scale renewable energy projects.

Also speaking on the call, Brian Janous, director of energy strategy for Microsoft, said that the global Microsoft organization has been carbon neutral since 2012. He added that the company has achieved that goal, in part, through the purchase of 14 billion kWhs of renewable energy.

Corporate buyers are the fastest growing customer segment in the power industry, Michael Polsky, president and CEO of renewable energy developer Invenergy, said on the call.

“Since last November, Invenergy has signed wind power purchase [agreements] with four corporate customers … with a combined capacity of 570 MW,” he said.