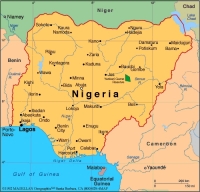 ABUJA, Nigeria — A pair of agreements signed this week in Nigeria’s capital city will lead to the construction of two new hydropower projects with a total capacity of 3,750 MW.

The memorandums of understanding will see China’s Gezhouba Group Company Ltd. and the Sinohydro Corporation construct a 3,050-MW hydroelectric plant in Mambila and a 700-MW plant in Zungeru.

HydroWorld.com reported in February 2007 that the Mambila hydropower project would have a capacity of 2,600 MW as per plans extending back to its proposal in 1985, although recent revisions have increased the output.

Nigeria’s State Minister for Power, Zainab Kuchi, said at the document signing ceremony that China’s Export-Import Bank would pay for 85% of the US$3.2 billion project, with the remainder being picked up by the country’s government and other private equity funds.

Meanwhile, the Zungeru hydropower plant — which was reported as having an expected capacity of 2,000 MW in 2006 — has been downsized significantly.

Kuchi says the bulk of funding for the Zungeru project would also come from China Exim, although a loan has yet to be completed.