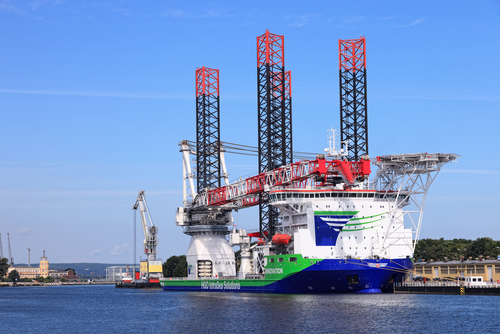 An area off the coast of New York designated for offshore wind farms has the potential to generate almost as much electricity as a nuclear power plant.

The site has more than 81,000 acres (127 square-miles), enough for turbines with as much as 900 megawatts of capacity, according to Willett Kempton, a professor at the University of Delaware who studies offshore wind. That estimate, based on developers using 6- or 8-megawatt turbines, is about 30 percent bigger than earlier proposals for the wind energy area.

The Bureau of Ocean Energy Management officially definedthe wind energy area Wednesday, about 13 miles (21 kilometers) south of Long Island. It’s among 10 Atlantic sites identified by the agency for potential wind development. The New York location may be crucial in the effort to build an offshore wind industry in the U.S., providing developers access to some of the nation’s most lucrative power markets.

“Given the site’s proximity to load centers in New York and Long Island it has the potential to be a very desirable location,” Thomas Brostrom, general manager of North America for Denmark-based Dong Energy A/S, said in an e-mail Thursday.

The key is whether developers can offer electricity at market rates. It’s about twice as expensive to install turbines at sea than on land. And unlike in Europe, where offshore wind has thrived under government subsidies, U.S. projects have floundered as utilities balk at paying a premium for the power.

There are signs that’s changing. Last year, Deepwater Wind LLC began construction on a 30-megawatt wind farm in Rhode Island, the first in U.S. waters. The company also is pursuing projects near Martha’s Vineyard in Massachusetts and along the New Jersey shore. Dong, the world’s largest offshore wind developer, also has leases to build off New Jersey and Massachusetts.

The Bureau of Ocean Energy Management is planning an environmental impact study and will solicit public input, and expects to auction leases to build in the wind-energy area by the end of the year, a spokeswoman said.