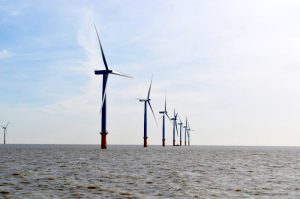 In a statement, the New York State Energy Research and Development Agency (NYSERDA) said that the state submitted to BOEM an Area for Consideration to locate the new WEAs. As part of the request, the state is seeking expedited site identification to encourage development of offshore wind.

BOEM last December held an auction for the first New York State WEA lease, which is about 80,000 acres. Statoil won the auction, and the lease was executed in March.

Gov. Andrew Cuomo earlier this year called for the development of up to 2,400 MW of wind in New York waters by 2030. In order to reach the 2,400-MW goal, additional WEAs are needed. The Area for Consideration begins more than 20 miles from the shore, NYSERDA said.

New York State Department of Environmental Conservation (DEC) Commissioner Basil Seggos said: “DEC and our partners are undertaking exhaustive work to identify the areas for potential offshore wind development that minimize impacts on sensitive offshore habitats. We look forward to continuing our work with NYSERDA, the Department of State, the commercial fishing industry, and other partners to ensure potential energy developments do not degrade our economically important marine ecosystem.”