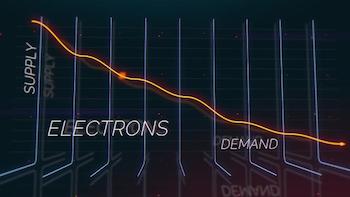 On Wednesday, August 22, 2018 the Public Service of New Mexico (PNM) requested approval from the New Mexico Public Regulation Commission to join the energy imbalance market (EIM), a move that the utility says will save customers money and allow more renewable energy on its grid.

The EIM was created in 2014 as a mechanism to deal with overgeneration, primarily of wind power, solar power and hydropower in the western energy markets of the United States. Without it, if the planned supply of energy doesn’t match the actual demand for energy, additional energy is simply discarded aka “curtailed.” With the EIM, neighboring markets can bid on that excess generation, generally getting it for a very competitive price. Watch the explainer video below for more information about how the EIM works.

There are currently 12 entities that participate in the market. If approved, PNM would be the 13th.

In a virtual press conference, Tom Fallgren, VP of generation at PNM explained that entering the market will require about $28 million in upfront investment for start-up costs and said maintenance costs would be between $2.9 and $3.9 million.

That investment would be recovered via more renewable energy and lower energy costs. All savings would be passed to ratepayers, said Fallgren.

The California ISO operates the EIM and puts out quarterly reports showing how much money customers have saved by participating in it. In Q2 2018 the EIM saved customers about $71 million by using about 37,000 MWh of energy that would have been curtailed.

If approved, PNM customers should start benefitting from EIM participation in April of 2021.