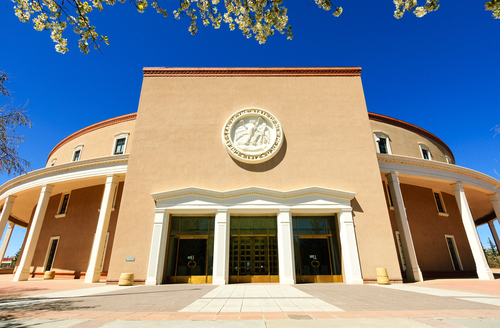 The New Mexico House and Senate have passed a bill that, if signed by Gov. Susana Martinez, will encourage additional geothermal development in the state.

According to the Legislative Finance Committee’s Feb. 16 Fiscal Impact Report, SB 233 shifts the authority to regulate the development and conservation of geothermal resources from New Mexico Energy, Minerals and Natural Resources Department’s (EMNRD) Oil Conservation Division to the Energy Conservation and Management Division (ECMD). It grants ECMD the authority to establish regulations governing geothermal resources and provides for administrative penalties for violations of any new regulations.

The Legislative Finance Committee’s report said that EMNRD determined that ECMD is better equipped to promote geothermal energy, because it already provides technical assistance to the renewable energy industry in development and operations in New Mexico. EMNRD also determined that existing rules regulating geothermal resources are based on oil and gas rules, and updating them through the new act would provide transparency and clarity for operators.

New Mexico has one utility-scale geothermal power plant with a capacity of 4 MW. The U.S. Bureau of Land Management last May said that the Santa Fe National Forest will prepare an environmental impact statement (EIS) to analyze the potential effects of geothermal development on 194,910 acres. The agency decision based on the EIS will be whether to proceed with geothermal leasing and, if so, under what stipulations. The final EIS is due later this year.