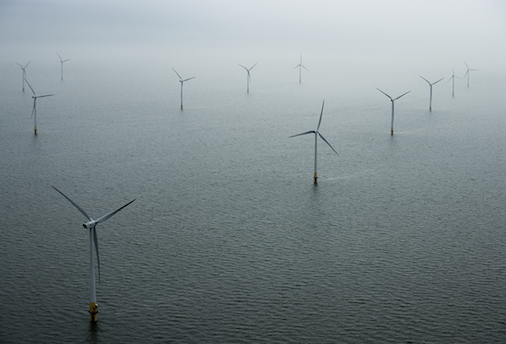 Closely held RES Americas agreed to pay almost $881,000 for a lease area with about 160,500 acres. US Wind, a unit of the Italian construction and engineering company Toto SpA, won a site with more than 183,000 acres with a bid of slightly more than $1 million, the department’s Bureau of Ocean Energy Management said in a statement Monday. Fishermen’s Energy LLC also participated in the auction.

While offshore wind is common in Europe, development has lagged in North America, with construction on the first U.S. project beginning in Rhode Island in July. The New Jersey sites may provide as much as 3,400 MW of wind energy from offshore turbines if fully developed, enough for 1.2 million homes, according to estimates by the U.S. Energy Department. BOEM has previously awarded nine commercial offshore wind leases in Rhode Island, Virginia, Massachusetts, Maryland and Delaware.