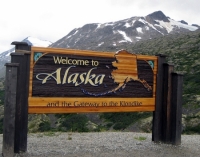 Tulsa, O.K. — Alaska is home to more than 365,000 miles of rivers and 33,000 miles of coastline, making it an epicenter for hydropower development in the U.S.

Dependent on expensive heating fuel and diesel-fired generation, Alaskan officials have identified more than 200 promising sites for hydropower development and pledged to produce 50 percent of the state’s electricity from renewable resources by 2025. To get there, Alaska will rely largely on its roaring rivers and strong ocean tides and currents.

Tapping Alaska’s vast hydropower potential is a major element in Alaska’s plan to create jobs and provide much needed electricity to isolated communities throughout a state that is bigger than Texas, California and Montana combined.

“We have more energy potential than just about anywhere in the world,” said U.S. Sen. Lisa Murkowski, R-Alaska. “Our problem is how we harness it when we’re looking at economies of scale.”

For Alaska, small hydropower projects represent the best way to supply electricity to scores of small, isolated villages across the state, said Murkowski, sponsor of the Hydropower Improvement Act, a bill pending before the full Senate.

Best of all, it would displace diesel-fired generation, an expensive and polluting form of generation widely used in villages throughout the Railbelt region.

For hydropower developers, Alaska is an ideal place to build new projects because of the state’s high energy costs, abundant resources and a state law establishing an ambitious goal for renewable generation.

But the potential of Alaska’s hydrokinetic resources won’t be met until the industry can prove the technology can withstand Alaska’s harsh and turbulent conditions. Researchers and developers are testing several technologies in hopes of resolving issues related to anchoring, installation, performance and viability.

Already, hydropower accounts for 24 percent of the state’s electricity consumption, with 50 hydroelectric facilities that produce more than 1.3 million megawatt-hours each year, according to the Department of Energy.

Speaking to members of the National Hydropower Association during a regional meeting in September, Alaska Gov. Sean Parnell said the construction of new hydropower capacity is central to the state’s plan to create economic opportunity for Alaskans.

“Alaska’s roaring rivers can light and heat our homes during the dark winter nights,” Parnell said. “Hydropower will put us far down the path to achieving our goal of 50 percent renewable energy for electricity by 2025.”

U.S. Sen. Mark Begich, D-Alaska, said hydropower should be the heart of any comprehensive plan to increase renewable energy.

“If you want to be serious about renewable energy, hydropower has to be part of the discussion,” Begich said. “Nowhere is that more true than Alaska, which holds over a third of our country’s untapped hydropower.”

Several hydropower projects are in some stage of development throughout Alaska’s Railbelt area, including a 600-MW project on the Susitna River, several tidal projects in the Cook Inlet and a small 5-MW project near Hydaburg on Reynolds Creek.

Hydro Review examined these and other Alaska projects that best illustrate the types of new developments that are being pursued in Alaska. What follows is a description of those projects.

The 5-MW Reynolds Creek project is under construction about 10 miles east of Hydaburg, Alaska, on Prince of Wales Island.

Construction began in 2010 and is expected to be completed late in 2012. Haida Corp. owns 75-percent of the project and Alaska Power & Telephone owns 25 percent.

The facility will use 750-feet of head to produce, on average, 19.3 million kilowatt-hours of electricity annually. Alaska Power Co. will construct and operate the facility and purchase the power.

The island is already home to two hydropower projects: 4.5-MW Black Bear Lake and 2.3-MW South Fork. But most of the island’s electricity is diesel-fired.

The project includes a 28-foot-long, 6-foot-high diversion structure, a 3,200-foot-long penstock, a 5-MW powerhouse and a 12-mile transmission line that will interconnect with existing transmission. The project also will create 600-acre feet of storage at Rich’s Pond and Lake Mellen.

Construction of the 4.6-MW Whitman Lake project near Ketchikan in southeast Alaska is expected to begin in July 2012 and should be up and running by December 2013.

The 39-foot-high, 220-foot-long concrete gravity arch dam and hydro project will include two 2,450-foot penstocks that lead to each generating unit at Whitman Dam. The City of Ketchikan expects to award the general construction contract for the project in May 2012.

The project will produce, on average, 16,500 megawatt-hours annually and will include two turbine generators with a maximum hydraulic capacity of 180 cfs, a 40-foot-wide Ogee spillway and a 1,500-foot-long transmission line.

But the project was put on hold and the license was stayed until a 57-mile-long, 138-kV transmission line could be built.

The transmission line has been completed and the developers – the City of Saxman, Alaska Power & Telephone and Cape Fox Corp. – have reestablished a public-private partnership to build the $46 million project. The partnership is now seeking funding for the project.

While the start of construction is still uncertain, the developers hope to complete the project in June 2016. It will be built on Upper Mahoney Lake about five miles from Saxman and three miles from the Swan-Tyee and Beaver Falls transmission lines.

Officials estimate the Mahoney project will displace about 46,000 megawatt-hours of diesel-fired generation or 3.1 million gallons of diesel each year.

First conceptualized in the 1980s, the proposed 330-MW Chakachmna project would be built on the west side of Cook Inlet by TDX Power and would provide 1,600 megawatt-hours annually to the Railbelt grid.

The $1.6 billion project, which is still awaiting approval by FERC, would use the lake’s elevation to generate power by sending water down a 10-mile tunnel from the eastern end of the lake to an underground power plant on the north side of McArthur River.  The project also calls for the construction of a 40-mile transmission line.

The project would divert water from the Chakachamna River to the to the McArthur Drainage Basin.

Officials estimate the Chakachamna project would provide about a quarter of Alaska’s current demand for electricity.

The 700-foot high dam would be built about 15 miles upstream of Devil’s Canyon Rapids, halfway between Anchorage and Fairbanks, and would generate on average 2,600 gigawatt-hours of electricity annually. The dam would create a 39-mile-long, 2-mile-wide reservoir.

Officials estimate the $5 billion project could provide up to half of the Alaskan Railbelt’s electricity needs at affordable prices. The project has been deemed necessary to meet the state’s new standard for renewable generation.

“To meet the state’s goal of having half of Alaska’s electricity generated by renewable resources by 2025, we must invest in a large-scale hydro project,” Gov. Parnell said.

The Susitna project was initially proposed in the 1970s as a two-dam project, but it was shelved in the 1980s because fuel was inexpensive at the time and state resources were limited. Since then, energy costs and oil prices have skyrocketed.

Meanwhile, the project continues to work its way through the licensing process at FERC.

The 12-MW Connelly Lake project received a preliminary permit from FERC and is in the design-feasibility stage.

The $32 million project is being developed 15 miles northeast of Haines by Alaska Power & Telephone. The 48-foot dam would be built where Connelly Lake flows into Chilkoot River. The lake has an elevation of about 1,500 feet. The dam would create a 160-acre reservoir.

The project would include a 6,200-foot-long penstock, two 6-MW turbine generators and a 14-mile, 34.5-kV transmission line. The penstock would carry water to the powerhouse near the Chilkoot River, where the water would be discharged back into the river.

Three of six run-of-river hydroelectric plants are under construction at existing dams on the Ohio River. American Municipal Power is building the projects to increase its use of renewable power and decrease its dependency on the volatile wholesale power market.

Voith Hydro will supply turbines and generators for the first four run-of-river facilities under a $420 million contract.

The Snohomish County Public Utility District has officially opened a new hydropower project, the 7.5-MW Youngs Creek facility, near Sultan in the state of Washington.

The $29 million project, which took about three years to build, can generate enough power for about 2,000 homes. The dam, 12 feet tall and 65 feet wide, is the first dam built in Washington in nearly 20 years.

Alstom Hydro is providing the project three turbine generator sets under a C$110 million contract signed last year. All three units will be installed at the new Smoky Falls station. “This is a good example of redevelopment work that utilizes the best of Alstom’s capabilities,” Claude Lambert, president and chief executive officer of Alstom Hydro North America, said.

JD Products’ application said its initial plan is to install 50 units in an area of 122,000 square feet during the preliminary permit period of 36 months.

The Wuskwatim Project, a 200-MW run-of-river generating station under construction on the Burntwood River in northern Manitoba, will begin generating power early next year.

“We expect the first of three units to be commissioned in February,” said Ed Wojczynski, the manager of project development for Manitoba Hydro. “It’s a project that involves essentially no flooding and it’s a daily run-of-river. It’s a world-class gem.”

The low-head design of the project will create less than one half of a square kilometer of flooding, the least amount of flooding of any hydro project in northern Manitoba.

The 2.35-MW Bowersock project on the Kansas River is tripling its capacity with a $20 million expansion that is expected to be up and running by September 2012.

Bowersock Mills & Power Co. in Lawrence, Kan., is adding turbine generators in a new powerhouse on the north end of Bowersock Dam. The 5-MW expansion includes the installation of four turbine-generators. The expansion was licensed by FERC in August 2010, just six months after the application was submitted.

Last fall, construction began on a 335-MW powerhouse immediately downstream of Waneta Dam and its existing powerhouse on the Pend d’Oreille River.

The new powerhouse is expected to begin commercial production in the spring of 2015. So far, the project remains on schedule, as workers move forward on the excavation of the intake, powerhouse and tunnels for the C$900 million project.

The new powerhouse will share the existing dam’s hydraulic head and will produce power from flow that would otherwise be spilled. The project is being developed by Fortis Inc. in partnership with Columbia Power Corp. and the Columbia Basin Trust.

Verdant Power has filed an application with the Federal Energy Regulatory Commission (FERC) to install up to 30 tidal turbines in the East Channel of the East River in New York City.

The project would be the first tidal plant in the U.S. licensed to transmit energy onto the national grid.

The Lower Churchill Project calls for the construction of an 824-MW plant at Muskrat Falls, a 2,250-MW facility at Gull Island and 130 miles of subsea transmission that would carry the power around Quebec’s border to Nova Scotia, where it could then be exported to the U.S.

The proposed megaproject, downstream from the 5,428-MW Churchill Falls project, would produce nearly 17 terawatt hours of electricity and offset more than 1 million tons of greenhouse gas emissions per year.

At the center of Quebec’s plan to boost export capacity to the U.S. is a 1,550-MW hydropower complex under construction on the Romaine River. The C$6.5 billion La Romaine project along Quebec’s Lower North Shore is expected to be up and running by 2020. The project calls for the construction of four generating stations capable of producing 8 terawatt-hours a year.

BC Hydro is adding two 500-MW generators to the powerhouse at Mica Dam at a cost of about C$1 billion. Construction began in May 2011. The project contractors are Andritz Hydro and Peter Kiewit Infrastructure Group. The additional units will boost the plant’s capacity 55 percent to 2,085 MW. Unit 5 is expected to be up and running by 2014 and Unit 6 by 2015.