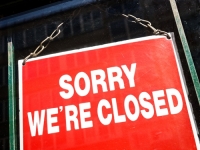 New Hampshire, USA — Nevada’s major public utility NV Energy announced Wednesday that it plans to shutter its four coal plants in southern Nevada and increase its investment in renewable energy and natural gas. Three of its coal plants will be shut down by 2014, and the fourth is scheduled to close its doors by 2017. NV Energy is calling its proposal “NVision,” and included it as an amendment in Senate Bill 123.

The plan calls for 553 megawatts of coal to be replaced with 40 percent renewable energy, which will consist of solar, wind and geothermal, and 60 percent natural gas. According to the bill, NV Energy must own and operate at least 25 percent of its 600-MW renewable share and construct or acquire 1,000 MW of natural gas in the next five years, and 1,000 additional MW of natural gas in the 10 years – all of which is to be produced in Nevada. NVision is expected to create 4,700 construction jobs and more than 200 permanent operations and maintenance positions in the next 12 years.

“This does three things: it retires coal from Nevada, builds renewables, and it creates jobs,” said Tony Sanchez, NV Energy senior vice president in a statement.

Despite these benefits, several groups have criticized certain aspects of the plan. For example, NV Energy predicts that the plan will result in a 4 percent price hike for consumers over the next 20 years – but Dan Jacobsen of the Bureau of Consumer Protection told the Las Vegas Sun that he believes rates would go up by 8 percent in the next ten years. The bill calls for ratepayers to recover the costs for closing the coal plants and the construction operations and maintenance of the new renewable energy facilities. If the bill is enacted, these hikes would begin on the first day of the next financial quarter.

“We must stop putting coal pollution in the air, but we also need to make sure NV Energy doesn’t use this as an excuse to take even more money from ratepayers to pad its already enormous profits,” said Bob Fulkerson, executive director of the Progressive Leadership Alliance of Nevada to the Reno Gazette Journal.

The Sierra Club released a statement arguing that while it is good news for Nevada to step away from coal, natural gas fracking is not a long-term answer. The organization believed that NV Energy should invest in more renewable generation and energy efficiency efforts, which it argues could counter price hikes.

“Energy efficiency can put money right back into the pockets of consumers every month,” said Jane Feldman, Sierra Club state Energy Task Force chair. “And if we build more renewable energy, costs remain stable for decades because the fuel costs for solar, wind and geothermal are free.”

If passed, the Public Utilities Commission would have 210 days to review the bill and request changes.