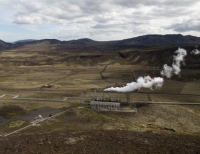 It is no secret that renewable energy project development cycles present many unique challenges — as well as promising opportunities — for developers, investors and power users alike. Geothermal energy project development in particular can be a challenging endeavor, based on the extended timelines involved in successfully proving a resource, mitigating drilling risk and managing the subsurface reservoir on an ongoing basis. These are unique “geo sector-specific” issues that must be managed, in addition to the typical power plant development and construction issues inherent in any energy project endeavor. Due to these challenges, the corresponding financing of geothermal projects must be carefully tailored to match these specific features.

Where Are the Investor Entry Points?

The key to financing geothermal energy projects is recognizing how the risk profile of a geothermal project varies over time as it is developed — from early-stage development, to drilling the wellfield, to construction and finally to plant operations — and then correctly matching the particular “investor type” and capital tranche with the project’s prevailing risk-return profile.

From a resource development standpoint, geothermal projects can broadly be described as “pre-drilling” and “post-drilling” (with various further permutations thereof). Pre-drilling is akin to many other early stage energy development projects and, as the name implies, references a project that has land control, permitting, environmental considerations, potentially some slim bore wells and/or temperature gradient holes and other such milestones complete or in process, but does not have actual production and injection wells drilled. Post-drilling similarly references a project with the wellfield completed and the drilling risk mitigated.

There is some degree of transition in terms of project maturation from pre- to post-drilling, and this in turn leads to various potential investor “entry points” (this will be later highlighted in the project financing discussion section). In addition, the risk profile of post-drilling projects also typically further improves with time as the project operates and the resource behavior is better understood. Such up and running projects, underpinned by stable resources, are the proverbial “gold standard” of geothermal projects and can therefore attract relatively low-cost, risk-conservative forms of capital at scale.

The Difficulty with Drilling

The drilling phase is typically an equity capital investment based on the risks, and is generally financed via “patient” strategic or private equity capital. It has been financed in the public markets also, but that avenue can lead to various challenges (discussed in Part II). Some developers may attempt to finance the first couple wells via individual high net-worth investors, similar to the Exploration and Production (E&P) world, however the challenges for this financing model include:

In some respects, the latter point is a function of the former, in that drilling just a few wells initially will typically not lead to revenue immediately, as it could for an oil/gas well drilled in a proven field with access to midstream gathering infrastructure and hydrocarbon markets to sell product. Rather, in the case of a geothermal project, not only does the entire wellfield need to be drilled and tested/proven, but the above-ground power plant also needs to be constructed and “synced” to the electric grid prior to any earnings from contractual power sales. This investment “paradigm” (slower payback times, capped upside tied to power purchase agreement (PPA) pricing etc.) simply does not create the type of economic incentives for the private investor pool that, in contrast, attracts them to fund smaller E&P drilling programs.

As the geothermal wellfield is drilled over time, there does come a stage when the drilling program — along with other components of the geothermal project such as an engineering, procurement and construction (EPC) contract, PPA, etc. — has adequately “matured” and the project is now able to attract senior secured debt capital. From a geothermal project financing perspective, debt investors typically look at the threshold of drilling work that needs to be completed in order for them to be comfortable in advancing the construction capital proceeds.

This threshold is often referred to as “percentage steam behind pipe” and specifically means the percentage of the current drilled capacity to the aggregate steam/geothermal fluid capacity that will be required for the entire power plant to run when it has entered commercial operations. This metric needs to be certified by the independent resource expert, and is carefully tracked by the lenders throughout the construction phase. It is sized to ensure that the lenders are made whole even in a “downside” production sensitivity case — and this critical characteristic is why this metric attracts highlighted lender scrutiny.

The construction lenders will also do a significant amount of diligence in conjunction with the resource expert consultant. This diligence is related to the projected reservoir performance over the project’s useful life, and they will structure in a variety of reserve accounts related to the wellfield and drilling in order to protect their position relative to ongoing project “resource risk.” Such reserve accounts can come in many different forms and “flavors.” and understanding the relative pros and cons of how they are structured and funded can be a critical financial lever that drives economics for a developer in the project financing negotiations phase. Since these geothermal financing deals are few and far between, an expert understanding of the relevant market comparables and deal features is vital for ensuring a successful transaction execution.

Stay tuned for Part II, where we will cover the permanent financing process for geothermal projects once they have completed the construction phase. We will also mention the tax financing process for US projects, as well as the public markets funding model. These are all important features of the geothermal finance markets, and understanding their implications can help geothermal developers and investors make optimal financing decisions for their projects.