More
Home Baseload Natural Gas: A Bridge Fuel — But for How Long? 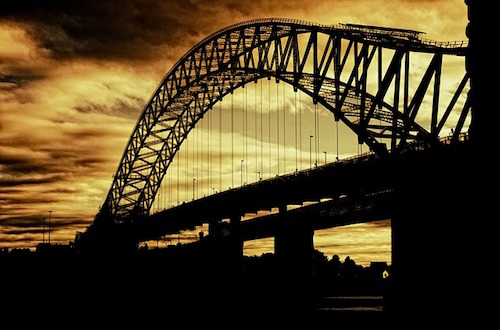 Natural gas is viewed as a “bridge fuel,” a transitional resource from carbon intensive coal and petroleum to… well, “to what” still remains the hard part. Renewables will be increasingly important. But in recent years it’s been natural gas that has proved critical both for maintaining adequate electric generation and CO2 reductions. Now, gas-related CO2 emissions are increasing along with the huge quantities of gas being used. What fuels and technologies are standing by to replace natural gas and when will they be ready?

U.S. Department of Energy Secretary Ernest Moniz frequently references this dilemma, emphasizing the need for “blue sky” thinking. In July, speaking to the National Petroleum Council, Moniz said the U.S. needs to be on a “trajectory for deep de-carbonization” by mid-century. For the near-term, 10-15 years, we’re okay, he said, but the longer term demands new, and as yet unavailable, tools.

Moniz is counting on innovation, big-time: deliberate, organized, international, and, critically, richly funded innovation. To that end, Moniz and counterparts from 21 countries formed “Mission Innovation,” a consortium committed to nearly doubling energy R&D funding, from about $15 billion in 2016 to $30 billion per year by 2021. The MI countries met in San Francisco in June to start this ambitious international research agenda.

Last February, President Barack Obama, to support MI’s goals, proposed doubling clean energy R&D, from $6.4 billion in FY 2016 to $12.8 billion in FY 2021. Similarly, the other MI countries are finalizing their contributions. A $30 billion fund means $115.3 million could be spent every working day on clean energy research.

There’s more. Bill Gates, along with CEOs from 30 international companies, formed the Breakthrough Energy Coalition (BEC), closely allied with MI, although officially separate. The general idea is that as government R&D progresses, Gates and his team will advance commercialization so that good ideas aren’t left on the shelf.

According to Cathy Khoury, senior communications advisor at Natural Resources Canada, since the June MI meeting, a number of activities have started. For example, the Information Sharing group is “collecting information from all Mission Innovation partners on their energy investments and innovation systems,” she said.

In addition, she said that the Business and Investor Engagement sub-group has scheduled a series of national webinars that present innovation systems to a global audience. India hosts the next webinar on Sept. 14; Canada, Nov. 10. Plans are underway for a possible second Mission Innovation Ministerial Meeting in spring 2017.

Timing is everything with this international brains trust. EIA’s latest Short-Term Energy Outlook projects energy-related CO2 emissions from natural gas to be 10 percent greater than those from coal in 2016. Not a good trend.