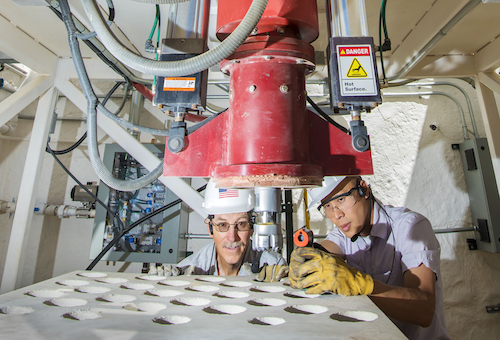 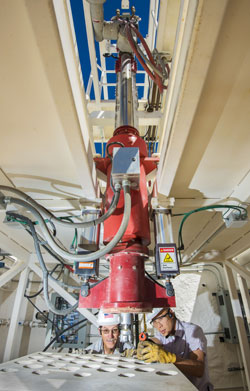 The technology behind the tool, called a downhole hammer, is similar to other hammers, but SNL Mechanical Enginner Jiann Su said the lab worked with Atlas Copco in materials selection and dry lubricant technology that can perform in the high-temperature geothermal drilling environment, according to a July 21 statement from SNL. The hammer has internal moving components that require lubrication in order to stay cool during the drilling process.

“We developed a tool that can be used in high-temperature environments that can help increase the drilling rates and the rate of penetration to maybe five to 10 times that of conventional drilling operations, so that’s a big plus for drillers,” Su said. “It adds to the available options drillers have. This is not necessarily the final option for every drilling situation but it does provide a good option for the right situation.”

The project team worked with Sandia’s Materials Science and Engineering Center on a multilayer solid lubricant capable of operating at high temperatures, according to SNL.

“If we were starting from scratch, the difficulty level would have been high, but since Sandia has a history of experience in that arena, we had some idea of what to start with,” he said. “It made things a lot easier.”