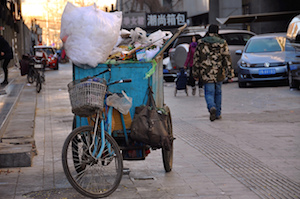 China Everbright International last week said that it has placed the second phase of its Nanjing waste-to-energy project into commercial operation.

Nanjing phase two is designed with a daily household waste processing capacity of 2,000 metric tons, with a total investment of approximately RMB980 million (US$142 million).

Everbright said that the construction of phase II took place over the course of 15 months. The first phase has a daily household waste processing capacity of 2,000 metric tons and began operation in 2014.

“With the launch of the 13th Five-Year Plan for the Harmless Treatment of Household Waste in Nanjing, existing waste landfills in the city have fully suspended operation, and the city is transitioning towards a model of harmlessly treatment, reduction and reuse of household waste,” Everbright CEO Chen Xiaoping said in a March 29 statement. “The completion and operation of the Project Phase II, which incorporates Everbright International’s self-developed equipment that is specifically adapted to handle household waste in China, will allow the Nanjing project to operate efficiently and smoothly in compliance with discharge standards. This will help to create a more pleasant and habitable living environment for the residents in Jiangnan and Lishui Districts of Nanjing.”

Xiaoping also said that the company recently started construction on its Zouping and Fei County waste-to-energy projects in Shandong Province Both plants are expected to start operations in 2018.