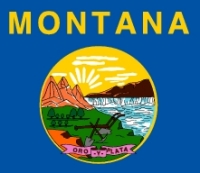 HELENA, Mont. An energy policy that would include hydroelectric projects amongst Montana’s list of renewable resources eligible for energy credits has been introduced to the state’s legislature, HydroWorld.com has learned.

The bill — introduced by Sen. Jim Kean and officially known as Senate Bill No. 45 — is similar to one introduced to Montana’s lawmakers in 2011 that would have made it easier for utilities to meet renewable energy production standards by counting hydropower projects with capacities of 10 MW or more. That legislation was vetoed by Gov. Brian Schweitzer.

The new legislation, however, adds a stipulation for expansion projects and applies to hydropower plants located within Montana or those that deliver electricity into Montana.

Included as eligible renewable resource under Senate Bill No. 45 are:

-New small hydropower projects with nameplate ratings of 10 MW or less that do not require new appropriations, diversions or impoundments of water.
-Projects with nameplate capacities of 15 MW or less installed at existing reservoirs or existing irrigation systems that did not have hydroelectric generation capabilities as of April 16, 2009.
-Some expansions of existing hydroelectric projects that increase existing generation capacity on or after Dec. 31, 2010.

Montana’s renewable portfolio standard calls for 15% of the state’s power to come from renewable sources by 2015.

HydroWorld.com reported earlier in February that similar legislation has been introduced in Missouri.