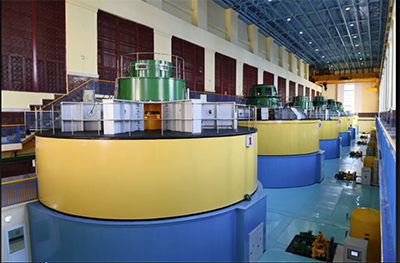 Major modernization and rehabilitation work begun in 2010 is complete at the 424-MW Mingachevir hydroelectric station located just north of Mingachevir in Azerbaijan.

President of the Republic of Azerbaijan, Ilham Aliyev, attended a ceremony today marking the plant’s official re-opening, according to Azerenerji JSC.

The cost of the modernization project is not immediately available for the facility, which was originally commissioned in 1953. By increasing the station’s capacity 140 MW in 2000 to its current capacity, the Mingachevir station became the largest hydroelectric generation facility in the country.

The most recent project work included:

Some of the equipment for the renovation was purchased from French company Areva, while building and assembly work on the plant was carried out by local company Azenko.

In its 2013 report to the United Nations, Enhancing Synergies in CIS National Programmes on Energy Efficiency and Energy Saving for Greater Energy Security, Azerbaijan said it was seeking UN investments for “optimization of power generation system of the country (the rehabilitation of existing and construction of new thermal and hydro power stations), power grids and upgrading of electrical equipment that will reduce fuel consumption for using renewable and alternative energy sources.”

According to the government of Azerbaijan, its Ministry of Industry and Energy planned to invest about US$2.5 billion for power generation facility new construction and rehabilitation to increases the country’s energy security.

In August 2017, HydroWorld.com reported Azerenerji said that under the president’s leadership, “Significant achievements in the field of electric power have been achieved in Azerbaijan.” The company said that, to date, 14 hydropower stations have been commissioned and four plants with a total capacity of about 15 MW are being constructed.

Azerenerji is the power engineering enterprise carrying out energy production and distribution in the country, and the state owns all company shares.