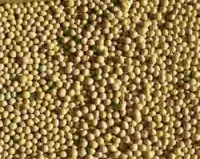 Last week, the governments of the United States, Brazil and the European Union (EU) released an analysis of current biofuel specifications with the goal of facilitating expanded trade of these renewable energy sources. Spurred by increased market demands, the report was solicited by the U.S. and Brazilian governments and the European Commission (EC) on behalf of the EU, with the work conducted by an international group of fuel standards experts.

One potential obstacle to achieving more trade in the global biofuels market is confusion over differing — and sometimes conflicting — standards for characterizing the make-up and properties of biofuels. To clarify the current situation and identify potential roadblocks to improved compatibility, the U.S. and Brazilian governments and the EC convened a task force of experts from standards developing organizations (SDOs) to compare critical specifications in existing standards used globally (factors such as content, physical characteristics and contaminant levels that govern a fuel’s quality) for pure bioethanol and biodiesel.

The White Paper placed the 16 specifications for ethanol and 24 for biodiesel into three categories regarding overall compatibility. The first category is similar (and can be considered compatible), the second category is different, but could be reconciled in a short period, and the third category is for standards that are irreconcilably different as they stand. Overall, the experts found that the bioethanol and biodiesel standards, and the specifications they contain, have very much in common and therefore should be able to overcome obstacles to biofuel trade.

In formal letters to representatives of the standards community, the U.S. and Brazilian governments and the EC on behalf of the EU applauded the efforts of the technical experts and encouraged the SDOs to consider the results of those efforts.

Fran Schrotter, senior vice president and chief operating officer at ANSI also commented on the report. “This was an incredible undertaking and represents the commitment of many individuals and organizations from both the private and public sectors. The standards and conformity assessment community must be diligent in its review of this report, and plan a course of action that will offer the greatest impact in meeting both market needs and biofuels policy goals,” she said.

Recognizing that many of the issues relating to variations in specifications can be traced to different measurement procedures and methods, the U.S. National Institute of Standards and Technology (NIST) and Brazil’s National Institute of Metrology, Standardization and Industrial Quality (Instituto Nacional de Metrologia, Normalização e Qualidade Industrial or INMETRO) have plans to collaborate on the development of joint measurement standards for bioethanol and biodiesel to complement the efforts of the SDOs.

“Initial efforts focus on creating certified reference materials to support development and testing of bioethanol and biodiesel, and analytical measurement methods for source identification, to determine if a fuel comes from a renewable or non-renewable source and the source of origin of biodiesel, e.g., soy, palm oil, animal fat, etc.,” said Mary Saunders, Chief, Standards Services Division, Technology Services, NIST. Saunders said that the reference materials should be completed by the end of 2008.

The report marks a major milestone in the global advancement of biofuels and could eventually lower market prices for biofuels.

“This important analysis will enable industry stakeholders to focus their efforts to enhance compatibility in biofuel standards, where practical, on those areas that will provide the greatest return. This effort can lead to lower biofuel costs for end users,” said Saunders.

Brazil already requires up to a 25 percent blend of ethanol with all gasoline that is sold. The EU has established a bioethanol blend mandate for its member states of 5.75 percent by 2010, and at least 10 percent of all vehicle fuels by 2020. In the United States, the Energy Policy Act of 2005 sets a 7.5 billion gallon goal for national biofuel consumption (usually ethanol) by 2012.

The United States, Brazil and the EU are all members of the International Biofuels Forum (IBF) and will continue to engage other IBF governments in future work. The named SDOs will also seek to involve their counterparts in the other IBF member countries — China, India and South Africa — in the effort to make biofuels standards compatible worldwide.