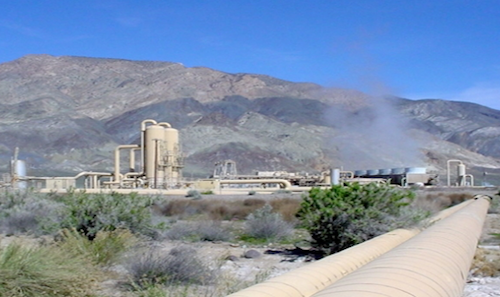 The company, which announced winning an order in October to supply a 55-MW turbine for a project in Costa Rica, is looking at countries like Kenya, Ethiopia, Mexico, Nicaragua and Ecuador, Yoshio Minato, geothermal area manager for Yokohama-based MHPS, said in an interview. In Asia, the venture is focusing on the Philippines and Indonesia, according to Minato.

“Drilling and exploration technologies have been improving on accuracy, and we expect the number of geothermal surveys will increase as countries explore their best energy mix” after the landmark Paris agreement to tackle climate change, Minato said.

Support from the Japan International Cooperation Agency has been key for geothermal projects abroad, Minato said. The agency has provided low-interest loans for the drilling of geothermal wells and construction.

“Geothermal wells cost a lot, and loans and coordination by JICA help us greatly to reduce risks,” Minato said.

In March, JICA signed a loan agreement with the Kenyan government to provide as much as 45.69 billion yen ($405 million) to build a 140-MW geothermal plant in Nakuru County in central Kenya, according to the JICA website.

MHPS is among companies bidding to supply equipment for the project, according to Minato.

JICA is also planning to be directly in charge of test drilling in countries such as Ecuador and Djibouti rather than funding governments of developing countries for the task.

“Test drilling is a bottleneck and hinders development because no one wants to take high risks,” Katsuya Kuge, senior deputy director of the energy and mining group at JICA, said by phone.

Meanwhile, MHPS is planning to build on its installed capacity of more than 100 units globally for retrofitting key components like turbine blades and rotors at aging geothermal plants, Minato said.

Three Japanese companies make up for about 65 percent of total installed capacity for geothermal turbines worldwide, according to data compiled by Bloomberg New Energy Finance. Toshiba Corp. leads with 3,011 MW, followed by Fuji Electric Co.’s 2,722 MW and 2,661 MW for MHPS.