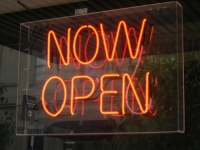 One of biofuels’ hottest companies transitions from research phase to operating phase with opening of demo plant in Okeechobee – what’s next, and where?

In the glades north of Lake Okeechobee, in rural Florida, a 135,000 fermenter column stands out against the landscape like Salisbury Cathedral rising over the plains of Thomas Hardy’s Wessex, and you half expect a tropically-attired Tess of the D’Urbervilles to come around the corner at any moment.

But the VIP-filled sedans, kicking up dust as they head northwest from the lake, are greeted primarily by dumbfounded cows and bulls that are still wondering, to the extent that they wonder, how yellow dragon disease took the citrus trees away, and where all the workers went in Okeechobee County, and why so many Family Dollar thrift shops have popped up, and why so many people are using boards in place of window glass.

After all, the cows see all the Mercedes sweeping from the rich coastal enclaves like Jupiter and Palm Beach, en route to one of the several appealing hunting clubs that dot the region, or the golf courses of the west side.

Do they wonder how the rich got so rich, and the poor so poor, in such a hurry, down in Florida? To the extent that bulls consider macroeconomics, in between meals in the pasture as the cars go by.

The opening of that fermenter column is what the VIPs are coming to celebrate, because LS9′s demonstration facility opened for business in Okeechobee yesterday. A wonder of science it is – a technology that takes in sugars, and through microbial fermentation directly converts the material into a programmable array of products, including biodiesel, jet fuel, diesel, or surfactant alcohols, just for starters.

An excellent summary of the project, and the company, was given yesterday by CEO Ed Dineen. You can view a quick video of his remarks, here (via the Digest’s YouTube channel).

The ultimate impact of LS9′s technology — well, it has global and game-changing promise. The company is a couple of years away from being a commercial company, but with the opening of its demonstration facility, it has made the material transformation from research company to operating company. By 2014 or 2015 it can be expected to take that next step with the opening of a commercial-scale facility.

For now, it certainly has been game changing for Okeechobee — a bright spot in a state that’s been through a wrenching real estate bust. For plant operator Jim Studt, it’s his first job in his professional field, since heading down to Florida after earning a chem-e degree at Purdue and finding the pickings slim and only odd jobs on offer in the Sunshine State. For operations manager Dan Corwin, its a return to an operation job at this facility, which is built on the footprint of a yeast production project that went into foreclosure several years ago.

Game-changing later on, we think — also for companies that have invested in or partnered up with LS9 include Chevron, Dow and Procter & Gamble — the companies and their product lines, in themselves, suggestive of the wide array of product that eventually will spill out of the LS9 system.

One of these days, it is expected that LS9′s engineered e.coli will be chewing up cellulosic feedstocks, and the Keasling lab at Berkeley has made significant progress towards that end. For now, the magic bug lives on corn or cane syrups — and it is for that reason that the company is expected to build its first commercial facility in the world’s capital of lower cost sugar, Brazil. The Saudi Arabia of syrup.

That’s “lower cost” not “low cost.” Followers of world sugar prices know that sugar’s been on a steep price incline since the mid 2000s. What had been a relatively stable price in 10 to 20 cent per pound price range, has become a potential train wreck for sugar-based bioprocessors, as world sugar prices climbed over 30 cents a pound, and reached well into the 50s in the United States last year.

Given that there are seven pounds of oil to a gallon — it doesn’t take a math genius to figure that, even if you could simply convert seven pounds of sugar to seven pounds of oil, with no loss of energy, the cost of US sugar makes fuel production completely out of the question for now, and will push bioprocessors towards but the higher-end chemical and bio-based products for the near term. Or, as an Irishman might say in Texas, top o’ the barrel to you.

That’s the LS9 outlook — same goes for Solazyme, Virent and Amyris, as well — to the extent that they seek to develop large-scale commercial production in the US.

In fact, tough enough right now in Brazil, where sugar/ethanol producers are generally dialing in as much sugar production as they can, without prompting Brazilian President Dilma Rousseff to swing her regulatory Excalibur to ensure adequate fuel supplies. It’s an impact that has been softened to some extent by massive imports of U.S.-made ethanol, from producers in the Midwest and elsewhere who are delighted to have an export market to help them around the challenges imposed by the US’s E10 ethanol blend wall.

The lack of low-cost sugar in the U.S. is likely one of the reasons why a flock of politicians haven’t made the LS9 demonstration plant a regular stop for photo ops in the crucial political swing state of Florida.

You see adjacent to Florida sugar country, the LS9 plant is using corn syrup as its feedstock and would entirely struggle in the present market to acquire affordable feedstocks at commercial scale in Florida. Not even were Ceres to break through here with its super-sorghums that are looking so promising as a for Brazilian cane growers during their cane intercrop periods.

Somewhere out there amongst the Digesteri, a reader is just now inspired to box an education into my brain, on fouled up US sugar policy that costs taxpayers $3 billion per year through sugar quotas that push up U.S. prices. Don’t bother to send it: I might be able to wallpaper downtown Miami with the material sent by others, over the years, the the topic.

Over here in Digestville, we certainly regret the bill faced by U.S. taxpayers on their sugar purchases: who likes paying $3 for a bag of sugar instead of $2? Though we doubt that making the world safer for cheap Jolt Cola ought to be a focal point of US fiscal policy.

We also believe that currency policy, more than agricultural policy, is the source of the trouble, to the extent that people get worked up over the price of sugars they should be cutting back on anyway. The high value of the dollar as a reserve currency, T-Bills as a flight to quality, and the dollar used as the backbone currency used in the global oil trade — those are factors in the agricultural equation.

Case in point. The dollar fell by almost half against the Euro in the period between 1995 and 2010, insulating the EU against a run-up in oil prices that the U.S. was fully exposed to. Gasoline prices in the EU at around $8 per gallon right now — if the dollar were at its 1996 high-mark, the cost would be something like $11 per gallon. Had the dollar not been a haven for investment, it might have fallen further and restored equilibrium to sugar prices.

It would take a massively educated economist to work through all the ramifications of currency policy — suffice to say that U.S. agricultural prices, highly intensified production of corn and soybeans, food security, and currency policy are all mixed up in a policy jungle.

For now, the outcome of policy leaves the U.S. with high sugar prices relative to the world, and the world has high sugar prices relative to other goods, and relative to history. Which dictates that advanced sugar fermentation technologies will, generally, be executed in countries like Brazil for now, and we will have to wait and see how the price environment evolves to understand where, and how fast, LS9 will make progress as it readies for commercial expansion over the next couple of years.

At the present time, let’s focus in on the achievement with the technology itself. It is an amazing thing to see a 135,000 liter fermenter using a biological process to produce a diverse array of products, that traditionally have been the production outputs of petrochemical plants. To produce the same product stream with a traditional chemical plant, also, would have required a considerably larger footprint than the project that LS9 has just completed. When feedstock prices come into line, companies like Dow, Chevron and P&G will be amply rewarded for their vision — not to mention the LS9 team and its original VC investors.

More on the project

LS9 completed the retrofit of the demonstration facility in May of this year and large-scale production from the plant is expected in the third quarter of 2012. Initially, the facility will be used to enhance the Company’s production capability and generate large commercial samples for testing and product qualification by key partners and prospective customers. The facility will also be used to test and optimize new process conditions.

Earlier this year, the Florida Opportunity Fund (FOF) Clean Energy Investment Program committed $4.5 million to help fund the retrofit of LS9′s facility. The fund is one of the first of its kind in the nation for growing the State’s clean energy sector. Louis Laubscher, Senior Vice President of Enterprise Florida and President of FOF, commented,

“By directly investing in the development of renewable energy products, in manufacturers adapting new energy efficient technologies and in other clean-tech companies, the Florida Opportunity Fund can transform the state’s energy profile and be a catalyst for attracting new capital to the State. LS9 was attractive to us as a California company with a track record of success, focused on sustainable products and looking for new markets; and, from what we have seen today, we expect LS9′s new plant will be a prototype for this region.”

“It’s imperative that Florida fully supports the development and production of renewable energy and sustainable products, and we welcome LS9 to the great state of Florida as a proven leader in this area. Florida has significant agricultural resources which can be leveraged by companies like LS9 to continue to expand their capabilities in our state. This is a big win for agriculture, the environment, and the economy,” concluded Steven M. Perman, Florida State Representative for House District 78 which includes Okeechobee.