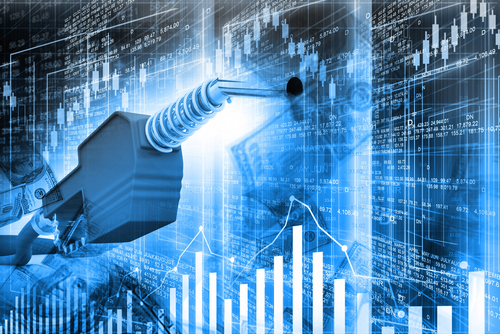 Global Bioenergies SA, an unprofitable French maker of sugar-based gasoline, said oil’s recent slump to $35 a barrel is testing the financial viability of its biofuel technology even as it plans expansion in the U.S.

“The economic case doesn’t stand with oil at $35, except when there’s a tax incentive” as in various European countries and the U.S., Chief Executive Officer Marc Delcourt said in an interview. Without tax breaks, the company would need Brent crude well above $100 a barrel, he said.

Shares of Global Bioenergies, listed in Paris since 2011, have dropped more than 50 percent from their peak in May 2015 as oil’s collapse raised investor concern that biofuel makers couldn’t compete. Delcourt is counting on the end of European sugar production quotas in 2017 and changes in U.S. eating habits to keep the sweetener’s price low as it eyes additional capacity. Raw-sugar futures are trading at half their price five years ago.

“The target for 2016 is to sign a contract for a first plant in the U.S.,” said the CEO, who co-founded the company in 2008 and led its development of a technology that transforms sugar into isobutene. “We’re in advanced talks with several players, both from the upstream, like sugar producers, which are looking for markets for their products, and from the downstream, which are using isobutene to make gasoline or materials.”

Isobutene, traditionally derived from oil, represents a $5 billion market when used to make plastics, tires and paints, according to Global Bioenergies. It has a further $15 billion market when converted into isooctane, a high-quality gasoline that can be used on its own but is generally added to other fuels to improve their quality.

The U.S. and European countries including France and Germany have adopted tax and regulatory incentives for biofuels, helping producers withstand a slide in oil prices since mid-2014. Brent crude, the European benchmark, touched $35.98 on Dec. 22, 2015.

“Global biofuel use may continue to grow over the next couple of years after recent policy announcements in the U.S. and Europe stabilized demand,” said James Evans, an analyst at Bloomberg Intelligence. “This policy stimulus is tempered by a drop in crude oil prices, which has led some biofuel producers to seek more value-added products.”

In 2014, Global Bioenergies opened a pilot plant operated by sugar maker Cristal Union in France. The facility has been shipping isobutene to French chemicals maker Arkema SA and isooctane to German carmaker Audi, which is testing it in gasoline.

Global Bioenergies and Audi agreed Monday to widen their cooperation to make isobutene from feedstocks such as carbon dioxide to avoid encroaching on food and feed production. The carmaker will make several payments to Global Bioenergies and may acquire shares totaling less than 1 percent of its capital, the French manufacturer said in a statement. On Jan. 5, Global Bioenergies jumped as much as 17 percent in Paris trading.

Separately, Global Bioenergies is building an isobutene demonstration plant in Germany, which will have a capacity of 100 metric tons a year when completed in the third quarter. It will also seek partners to finance a 50,000-ton-a-year commercial plant in France at an estimated cost of 115 million euros ($125 million).

“If all that was converted into isooctane, that would represent 1 percent of French gasoline consumption,” Delcourt said. “Cristal Union should lead the financing of the plant, but we need to find other investors,” potentially including French government funds, he said.

Global Bioenergies, which had 14.1 million euros of gross cash at the end of September and got a 9 million-euro equity line from Societe Generale SA in October, will seek to raise new funds in the next two years to quicken commercial development, the CEO said.

The company aims to become profitable in 2019 by selling licenses to operate facilities with its technology and earning royalties on future isobutene sales. It’s also open to selling itself as a “possible way out,” according to Delcourt.

“We don’t want to sell at a point where most of the value is about to be created, but that could happen,” he said. “We’re not sellers for now.”