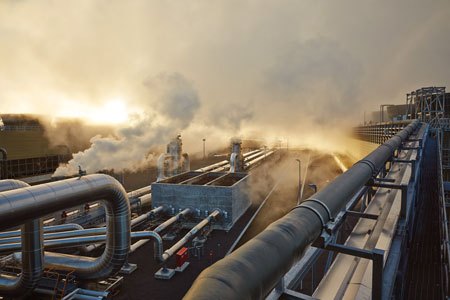 Low-enthalpy capture could ultimately be transformative for the geothermal-energy industry.

Just over a year ago, work began in Indonesia to build the long-delayed $1.6-billion Sarulla project, the world’s biggest geothermal power plant. But in geothermal terms, size isn’t always everything. Other nations are investing in low-enthalpy geothermal energy, which could be a massive game-changer for this industry.

According to Asian Development Bank and International Geothermal Association, Indonesia, one of Southeast Asia’s biggest economies and home to the world’s largest geothermal resources, is striving to meet a power demand growth of more than seven percent a year, with plans to add 60 GW of capacity to its existing grid by 2022.

Indonesia’s 330-MW Sarulla project, begun 25 years ago with minimal publicity, was stalled during the Asian financial crisis that began in 1997. Now resurrected, its first phase is expected to begin operation next year, with a further two stages of development set to follow within 18 months.

Dominated by fossil-fuel energy, the Indonesian grid will benefit from a reduction of 1.3 million tonnes of carbon dioxide emissions a year when Sarulla is completed in 2019, according to project developers.

But another geothermal contender is vying for the spotlight. Low-enthalpy technology could ultimately outshine its forebears.

Italy-based Exergy has claimed a “world first” with its low-enthalpy Akça geothermal plant in Turkey, which features a binary plant equipped with a dual pressure-level cycle on a single turbine. The company said this system provides up to 20 percent more power than a single pressure-level system.

The technology, said the company, increases the feasibility of low-enthalpy 3-8 MW plants, allowing efficient operation with resource temperatures down below 100 degrees Celsius.

In early July, Exergy, which is noted for its design, engineering and manufacture of Organic Rankine Cycle (ORC) systems and its Radial Outflow Turbine (ROT) technology, announced the operational launch of the plant for Akça Enerji.

Situated in the Denizli region of Turkey, the Akça plant is a low-enthalpy geothermal plant with a fluid temperature of 105 degrees Celsius (220 degrees Fahrenheit). It generates a power output of 4 MW. The ROT supports two pressure levels using a single expander, producing up to 20 percent more power than single-pressure-level systems, according to Exergy’s figures.

“This new binary plant configuration will increase the feasibility of low-enthalpy 3-8 MW range plants down to 100 degrees Celsius and open up new possibilities… to exploit low-enthalpy small resources more efficiently and economically than ever before,” said Exergy’s CEO, Claudio Spadacini. 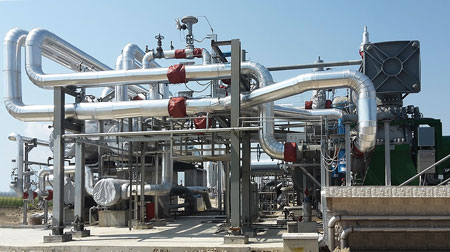 The Turkish Ministry of Energy and Natural Resources confirmed in June that the plant meets the required performance targets.

While high-temperature resources with high pressure and ample water flow can be used for power plants in the hundreds-of-megawatts range, researchers and developers around the world are examining how low-enthalpy technology may exploit more of the potential offered by geothermal.

Leading the way is New Zealand, where Susan Krumdieck, professor at the University of Canterbury, Christchurch, said she believes the country could potentially become an exporter and developer of smaller-scale geothermal power plants for low-temperature geothermal and industrial waste-heat resources.

“The University of Canterbury, Christchurch projects focus on modeling, design and economical development of practical ORC power plants,” Krumdieck said. Large ORCs over several MW are currently used in geothermal power generation. “We need to be able to prospect lower-energy resources with knowledge of the new types of ORC that could use them.”

Geothermal power is witnessing a rapid growth worldwide. With a current installed capacity of 18,500 MWe, there has been an increase of approximately 73 percent in the last five years, according to International Geothermal Association.

Spadacini said the ROT single-disk, multiple-stage two-pressure-level turbine combines high efficiency at reasonable cost with low-enthalpy resources. “We’re talking as low as 100 degrees Celsius… where the geothermal potential [for electricity generation] grows by an order of magnitude. In that sense…the Akça low-enthalpy plant…resulting in a generation cost of some $100/MWh demonstrates the very high potential of low enthalpy as base-load geothermal power production.”

It is a technology that is at the top of the agenda in New Zealand, where Contact Energy commissioned the country’s biggest geothermal power plant last year, nudging installed capacity to slightly over 1 GW.

First commercially tapped by the Kiwis in the 1950s, New Zealand’s significant underground resources made the country one of the earliest large-scale users of the technology in the world. Geothermal electricity in 2014 contributed approximately 7,000 GWh of a total of 43,000 GWh of electricity produced — roughly 16 percent — according to GNS Science.

But, in the field of low-enthalpy geothermal power, there remains much work to be done. “We need to understand the off-design performance of existing plants in order to make design and operational strategy adaptations as the resource characteristics change over time,” Krumdieck said. “We need to understand the different types of expanders that can be used in small ORCs to be able to model turbines and design, manufacture and test them.” 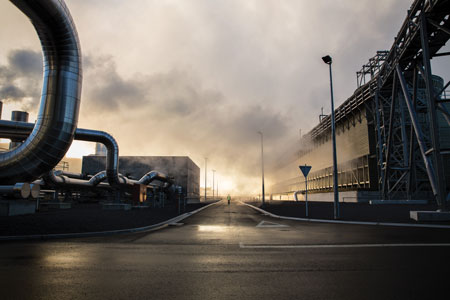 But, Krumdieck said, bringing low-enthalpy technologies to market will not be easy or cheap. “High temperature and pressure, large-scale hydrothermal resource geothermal power generation is viable with binary technology and flash steam generators, [but] usually only if there is government subsidy of the geology research and drilling. It is the next-biggest and lowest-cost baseload generation, but is much more of a government cost than wind or solar. And we are talking about a big power plant, which begs the question: do we have a grid robust enough to take it?” 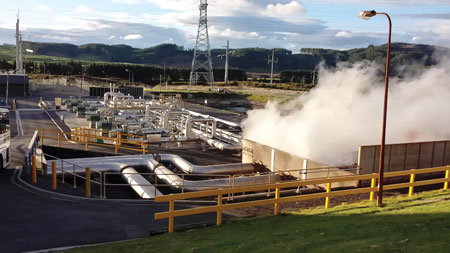 The potential for large-scale geothermal power generation in Chile, Africa, Indonesia, The Philippines and China is huge, Krumdieck said. “But it takes geological science and a lot of investment in drilling and proving and resource engineering. Indonesia’s government has announced that it is going big-time on geothermal, but it is not supporting the exploration. It is mostly using wells that New Zealand drilled under the Colombo Plan many years ago.”

“Maybe low-temperature, low-enthalpy technology would be a better fit with these developing countries that don’t have robust grids. It is possible that shallow, horizontally-drilled and fracked wells could supply small power plants and heat resources. There are a lot of companies with fracking capabilities. There are a number of legacy wells around that turned up as duds for big plants but might be used to develop the smaller, low-temperature plants,” Krumdieck said. 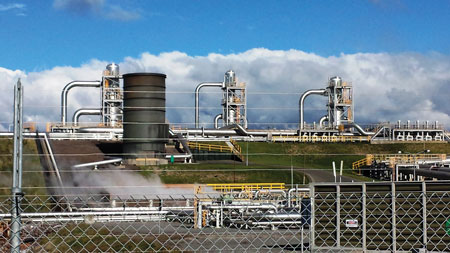 An exterior view of a geothermal plant in the Taupo, New Zealand area. Credit: Chris Webb.

In a recent report compiled jointly by CRL Energy and East Harbour Energy for GNS Science, the authors said: “It is clear that in a number of possible low-enthalpy applications, initial capital costs are a barrier to uptake. For large-scale developments, exploration and development are high-risk activities with no guarantee of return. Despite this higher risk and initial investment requirement, the operation and maintenance costs are low. The balance of high capital but low ongoing costs means that often, when analyzed across the life of the project, geothermal projects are economically attractive.”