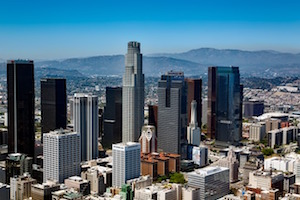 Ormat Technologies today said that it has sealed a portfolio power purchase agreement (PPA) that will ensure geothermal from its power plants will service customers of Los Angeles Department of Water and Power (LADWP) starting later this year.

The company has executed the PPA between ONGP LLC, a subsidiary of Ormat, and Southern California Public Power Authority (SCPPA). Under the PPA, SCPPA will purchase 150 MW of power generated by a portfolio of Ormat’s new and existing geothermal power plants. SCPPA will resell the entire output to LADWP.

“We are very excited to receive the final approval for this first portfolio PPA, which has a unique structure supporting Ormat’s long-term plans to grow our geothermal business domestically,” Ormat CEO Isaac Angel said in a statement. “This PPA will enable both the development of multiple new projects as well as the sustainable operation of several of our existing geothermal power plants, thereby strengthening our ability to deliver long-term growth.”

According to the company, the PPA is for a term of approximately 26 years and has a fixed price of $75.50 per MWh.

Power will come from nine primary Ormat facilities either existing or under construction or development, including Tungsten Mountain, Dixie Meadows, Steamboat Hills, Brady and Steamboat 2&3, as well as 16 secondary facilities that could be used to replace or supplement the primary facilities, the company said.