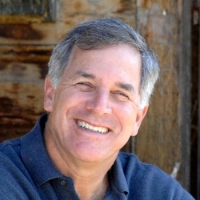 When it comes to climate change, the only thing the U.S. has more of than culpability is opportunity. Yet, as a nation, we continue to abdicate leadership. One of the most serious global challenges we face, climate change is not just coming; broad scientific consensus indicates that it is already here.

Fossil fuel interests, not surprisingly, predict economic catastrophe will result from climate action. We’ve seen these scare tactics before. Removing lead from gasoline was going to bankrupt the oil companies. Requiring seat belts and airbags would cripple auto sales. Federal acid rain, smog, and mercury controls would cause price shocks in electricity bills. Such claims weren’t believable then, and they’re not believable now.

Stonyfield Farm is a good example. We started calculating our carbon footprint in the early 1990s – even before the term was coined. With little more than our mission and elbow grease, our employees raced up the learning curve. Contrary to conventional wisdom about “low-hanging fruit,” our list of innovation opportunities grew rather than shrank. Even after over a decade of effort, recent accomplishments astonish: each cup of Stonyfield yogurt requires 19 percent less energy than in 2007, saving more than $500,000 per year. Packaging innovations shed 600,000 pounds of plastic, saving $780,000. Transportation GHG emissions dropped 40 percent from 2006 to 2008, saving $2.5 million. Building a digester to treat our wastewater converted an environmental concern into a source of clean energy, saving another $500,000 over two years. All together, our efficiency efforts saved over $2.6 million per year over the last three years, supporting more than 45 jobs, about one-eighth of our New Hampshire workforce.

Stonyfield’s experience isn’t unique. Companies across the U.S. are finding cost savings and competitive advantage through efficiency. Nike reduced GHGs from its operations and business travel by 18 percent from 1998 to 2005, despite an increase in square footage. Timberland has targeted a 50 percent reduction in absolute GHG emissions for 2010 from 2006 levels. Wal-Mart’s new stores are expected to cut energy use by 30-50 percent and save five million gallons of water per year.

Other companies are seizing on clean energy solutions to help businesses and consumers save energy and money. New England Wood Pellet in Jaffrey produces roughly 150,000 tons per year of clean sustainably-produced wood pellets. That’s enough to heat 60,000 homes and businesses and staunch some of the $10-$14 billion that flows out of the Northeast each year for heating oil, much of it into the pockets of unfriendly countries overseas. Economical and versatile in their uses, wood pellets are a win-win alternative to fossil fuels, with only 13 percent the carbon footprint of heating oil.

As good as the above efforts are, they must go broader and deeper throughout the entire economy to prevent profound changes to our climate. That won’t happen on its own, so Congress should hasten to impose a market price signal on U.S. heat-trapping emissions. If the U.S. Senate cannot act promptly in the coming months, on the heels of last year’s House action, then the U.S. Environmental Protection Agency needs to move ahead with regulating GHGs under the federal Clean Air Act.

Our economy may be weak, but successful companies and economies “retool” during downturns to boost future productivity and job creation. A wave of innovation and jobs in energy technologies is emerging in this region and globally. The resulting energy transition will exceed even the tectonic shifts we’ve seen with the Internet. Initial investments to lead this charge are already happening, but they are small potatoes compared to the investments that policy certainty and a price on carbon will bring. We don’t have all day either; many nations are now racing ahead of the United States on job-creating clean energy technologies.

Washington’s best contribution would be to limit and put a price on carbon – right now. Then it should get out of the way of businesses striving to help our nation meet the opportunities of the 21st century. Morphing our energy system from its historical fossil foundation to a new emphasis on efficiency, innovation, renewables, and distributed generation will provide innumerable new revenue sources and businesses, save money (and keep it closer to home), create millions of new jobs, enhance our global competitiveness, and boost our national security.

What on Earth are we waiting for? Let’s get on with it.