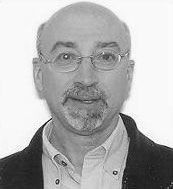 Renewable energy has been plagued by the fact that its greatest benefits are not a part of the economic equation that is usually used when making decisions for more power plants. Things like clean air and water result in improved health, but those health benefits don’t make renewable energy look cheaper or dirty fuels look more expensive in a straight cost of service calculation.

Some would add the unknown costs to insurers, agriculture and others, of climate change to fossil fuel costs. We devote billions of taxpayer dollars defending our current and planned fossil fuel infrastructure, both here and abroad, and yet this too does not make fossil fuels look more expensive. Secure, job-creating homegrown energy that we don’t have to spend these taxpayer dollars on don’t look cheaper in most ‘what does it cost me?’ economic calculations. These have come to be known as external costs of fossil fuels that just don’t become part of the ‘bottom line’ cost analysis that we usually make energy decisions on. There is, I believe, a way to factor in the benefits of renewable energy that fits well with our economic system and current regulatory structure. In short, it would be to allow regulated, investor owned utilities (IOU’s) to make a higher rate of return on investments producing renewable energy than from investments in ‘dirty’ fuels with external costs to society. Certainly we know by now that electric utilities are very good at providing affordable power and good jobs. Some of them have even become good at using renewable energy, but usually only when mandated to do so by a state-based Renewable Portfolio Standard (RPS). While these standards have been tremendously successful in producing large quantities of renewable energy, utilities have almost exclusively fought their implementation. Many of us resist being told what to do, even if it is the ‘right thing’. Another item our investor owned utilities are very good at is delivering a regular financial rate of return. They dependably meet the returns allowed by state regulators year after year with few exceptions. This is an important point. State regulators though a Public Utility Commission allows IOU’s to make a set rate of return such as 12% on their investments. This percentage is determined by the PUC to be fair in balancing the need for the IOU to make a profit, provide jobs and affordable power in their local area. It is time to allow IOU’s a greater rate of return on clean, safe, renewable energy investments than they are allowed on fuels with huge external costs to society. This ‘preferred renewable return’ incentive fits perfectly with both our market-based, profit-driven economy and our current regulatory structure. IOU’s can propose and PUC’s can determine what is the appropriate incentive (14% instead of 12% as an example) for their local area. The incentives can be based on the benefits of eliminating external costs to citizens, the state and others and what is needed to spur investment. Ideally, there would be a different ‘preferred renewable returns’ for different renewable technologies based on what is needed to bring the technologies to the market. For instance, photovoltaics may deserve a higher return based on their current higher costs. Each PUC would be able to set such incentives as they see fit, based on their local market and resources. Technologies could include the full range of renewables available in the region, such as geothermal, liquid fuels, landfill methane, solar hot water, solar electric and wind. Financing of and grid management for distributed generation, energy efficiency and even off grid applications could be included in this incentive package. Such an incentive would also be justified based on the huge, roller coaster price swings of fossil fuels lately. The small ‘preferred renewable return’ would help us move from the wild and unpredictable price swings of fossil fuel costs to the more predictable and downward trending costs of renewable energy. A ‘preferred renewable return’ could be initiated by the utility, the PUC, the Governor or state legislature. Given the success of recent public votes on renewable energy (Colorado, San Francisco, Columbia, MO), it could also come from an initiative or ballot issue. This is a way to ‘mainstream’ renewable energy. Our local utilities would then have every incentive to seek out investments in the growing renewable energy marketplace. This would be an ongoing, permanent incentive that would add the power of market forces to getting us off the fossil fuel treadmill. About the author… Bill Roush has an MBA in Direct Marketing and has been an owner of a solar equipment business. He is currently the President of the Heartland Solar Energy Industries Association (SEIA chapter) and on the board of the Heartland Renewable Energy Society (ASES chapter).