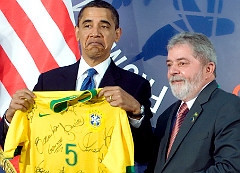 While America has spent the last decade sitting on its assets, the socialist government of Brazil has been building a renewable futurethat holds important lessons for the rest of us.

That future is based on hydropower, wind and sugar. It may not be a model we can follow easily, but it means Brazil is getting about 45 percent of its energy from renewable sources and will continue to do so throughout the decade, despite an expected skyrocketing demand. The result will be carbon emissions at half the level of 2000, only with a middle class economy.

That’s pretty good. A little efficiency and even a few steps toward that direction in this country could set oil prices back down to 1980s levels. So what’s the secret?

For America that means solar is the low-hanging fruit in the American deserts, wind in the Midwest, and it may be something else in the East. The less you need to transport power, the more of it you keep, so using it where you make it also makes sense. 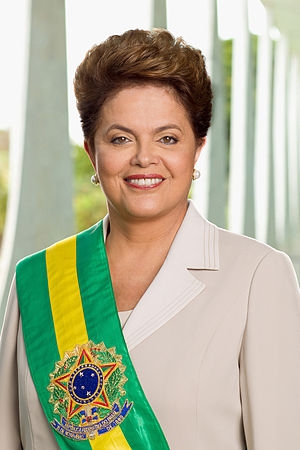 Have a Plan – Planning has a bad odor for Americans, but it works in Brazil’s case and it works for capital industries in this country like utilities. Having utility companies plan for future supplies based on the assets nearest at hand can deliver results.

Renewable Doesn’t Guarantee Green – Brazil’s trump card in the renewable power arena is sugar cane. Sugar cane uses up the soil and lots of water. You can’t grow it everywhere. It generates waste and pollution. Burning it also pollutes.

The Brazil of 2000 was a nation with a very small middle class, more like the America of 1932 than what we have today. Central plans for them could be read as business plans for us. And middle class families all have their own business plans based on their life cycles. Ordinary people have the capital to ask themselves: where is the opportunity for me in this? That’s why so many solar panels are going onto residential roofs.

But even if you’re doing it in an ad hoc way, it still takes leadership to move the needle. To have the kind of growth in renewables necessary to achieve Brazil’s results, we need a government willing to make that a high priority for our corporations and our people.

So stop worrying about China. Worry about Brazil. And worry about how we’re going to compete with them in the war against oil.