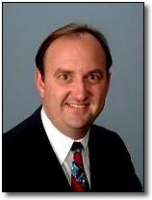 It is critically important that participants in the renewable energy community continue to push for better-performing and lower-cost products, more favorable public policies, increased supply of capital, and greater education of the populace and the marketplace about clean energy. However, at the root of these four thrusts is one common essential element, which therefore should elevate it to the most urgent priority for the renewable energy industry to address: the renewable energy sector needs stronger leadership.