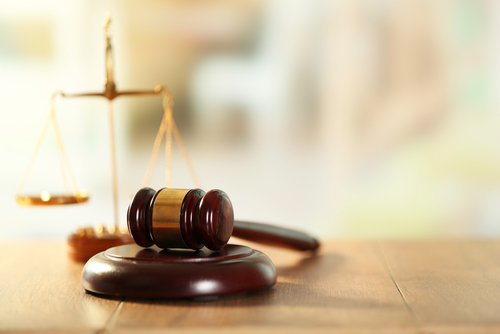 The battle over renewable energy heated up in the courts this week as a coalition of states moved to file their complaint against the U.S. Environmental Protection Agency’s (EPA) Clean Power Plan (CPP) and solar advocates challenged Hawaii regulators’ decision to end the current net metering program in the state.

With the much-anticipated publication on Oct. 23 of the EPA’s final CPP rule in the Federal Register, 22 states and two state agencies immediately filed a lawsuit in the U.S. Court of Appeals in the District of Columbia against the EPA, according to a statement released by West Virginia Attorney General Patrick Morrisey.

The lawsuit claims that the EPA extended its reach beyond the authority granted by Congress when the EPA created the CPP under Section 111(d) of the Clean Air Act. The states are asking the Court of Appeals to overturn the rule. In addition, they have asked for a stay of the rule while the court decides on the case.

“The [CPP] is one of the most far-reaching energy regulations in this nation’s history,” Morrisey said in a statement. “EPA claims to have sweeping power to enact such regulations based on a rarely used provision of the Clean Air Act, but such legal authority simply does not exist.”

The EPA released the final rule on Aug. 3, setting the stage for a long struggle between states and the federal government on the legality of the rule. The CPP seeks to reduce power plant carbon emissions by 32 percent below 2005 levels by 2030. For each state, the rule establishes the amount of carbon dioxide that can be emitted per MWh of power. States are expected to submit plans next year for how they expect to attain the emissions goals.

West Virginia, the second largest producer of coal in the country, has been at the forefront of legal challenges to the CPP. According to the Energy Information Administration, West Virginia generates about 95 percent of its electricity from coal.

Morrisey said that the CPP would raise electricity rates and close coal plants and mines in West Virginia, results that would “significantly harm” the state.

Speaking on Oct. 22 at the U.S. House of Representatives Committee on Energy and Commerce hearing on the CPP, West Virginia Solicitor General Elbert Lin outlined why the state believes the rule will not stand up to legal scrutiny.

“EPA claims Congress gave it authority to promulgate the [CPP] under Section 111(d) of the Clean Air Act, 42 U.S.C. 7411(d),” Lin said in prepared testimony. “EPA is wrong. The plain language of Section 111(d) does not authorize the [CPP], and therefore the entire rule is illegal.”

According to Lin, Section 111(d) includes a provision that prohibits EPA from requiring states to develop an existing source performance standard for “any air pollutant … emitted from a source category, which is regulated under [Section 112 of the Clean Air Act].”

Lin said the provision has been referred to as the “Section 112 Exclusion,” and the CPP violates that exclusion.

Other legal arguments claim that two 1990 amendments to the Clean Air Act – one each issued by the U.S. Senate and House – offer conflicting interpretations of the validity of the CPP.

In Oct. 22 testimony before the House Committee on Energy and Commerce, Richard Revesz, a professor of law at the New York University School of Law, said both amendments were approved by both chambers and signed by the president.

TASC claimed in the lawsuit that the PUC exceeded its statutory authority, violated state and federal law, and violated constitutional due process requirements.

“The PUC’s decision is neither fair nor justified,” TASC spokesperson Bryan Miller said in a statement. “Contrary to a law passed by the Hawaii legislature two years ago, the PUC failed to conduct a cost-benefit analysis to determine the value of solar on the grid. Instead, the PUC relied upon speculation by the [HECO Companies] and ended net metering without notice to consumers.”

The PUC’s decision ended the current net metering program, but grandfathered the existing program customers and any pending applications as of Oct. 12, according to the lawsuit.

In addition, the lawsuit said, the decision created three tariff options for Hawaii customers who want to invest in rooftop solar and other distributed energy resources. Those options are:

TASC said that it expects the court to schedule a hearing on TASC’s request for a preliminary injunction prohibiting the PUC from implementing the decision.

Founded by the largest rooftop companies in the U.S., TASC represents a majority of the solar market. Its members include Demeter Power; Silevo; SolarCity; REPOWER by Solar Universe; Sunrun; Verengo; and ZEP Solar.