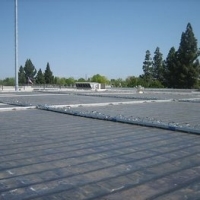 The second of two reports by UCLA’s Luskin Center lays out a detailed economic proposal for creating a multi-tiered system of feed-in tariffs (FIT) for solar PV that would result in 600 MW of solar PV within ten years.

The proposal’s limited objective will contribute to only 3% the city’s electricity supply in 2020. Further, LABC’s proposal considers only solar PV and not any other form of renewable energy.

However, the study itself, Bringing Solar Energy to Los Angeles: An Assessment of the Feasibility and Impacts of an In-basin Solar Feed-in Tariff Program weighs the costs and benefits of a program installing up to 1,000 MW of solar PV by 2020, the equivalent of 5% of electricity supply under conditions in southern California.

UCLA estimated that there is 3,300 MW of solar PV that is “economically available” today. LABC’s proposal would tap only 20% of that potential by installing 60 MW per year for ten years.

The report defends its timid request by noting that the “goal is large relative to other FIT programs implemented in the U.S.” Restricting the report’s purview to only the weak feed-in tariff programs in the US will no doubt play well with US general-interest media. However, the trade press and certainly the foreign language trade press will be less tolerant.

Fortunately for LABC, the report does not compare their proposal to the open-ended feed-in tariff policy in Ontario, Canada. Ontario’s feed-in tariff program has stimulated nearly $9 billion in new capital investment in the province since it was launched late last year. There are nearly 1,000 MW of contacts or contracts pending for solar PV alone in Ontario today. And, unlike the LABC proposal that limits the feed-in tariff to solar only, Ontario’s program includes wind, hydro, biomass, and biogas. Ontario also encourages local ownership by offering special bonus payments for farmers and community groups.

LABC’s limited objective is surprising giving the report’s generally bullish outlook on solar PV in the Los Angeles basin. According to the UCLA study, “Los Angeles can still feasibly incorporate gigawatts of this latent rooftop solar capacity more cost-effectively than virtually any other place in North America.” This begs the question. If solar PV in Los Angeles is so attractive, why then is the target so low?

And the report is one of the few to not only openly acknowledge that the US system of solar tax credits favor certain forms of corporate development over individuals and non-profits, but also to suggest that this inequity be addressed. “The interaction between tax-based incentives and FIT payments should be anticipated and pro-actively addressed by program administrators,” says the UCLA study. Despite this, there is only one tariff track in the report.

UCLA’s tariff calculations are all based on installations using the full 30% federal tax credit and accelerated depreciation. Significantly, the UCLA report says that without federal tax credits and depreciation, the $0.30 per kWh tariff would have to rise to $0.43 per kWh to produce the same level of profitability, an increase of more than 40% to compensate for the loss of federal benefits.

UCLA estimates that the LABC proposal will result in 11,000 jobs and at full build out result in 600 MW of solar PV generating 800 million kWh per year or 3% of supply.

Currently, LADWP generates 76% of its 26 TWh per year supply with fossil fuels, the majority coal.

The proposal would have to be approved by Los Angeles’ fractious city council and then implemented by the Los Angeles Department of Water & Power (LADWP) before it would go into effect.

The LABC has begun a campaign to raise its proposal to city council. Toward that end they have created a coalition of business groups to support the effort: LABC Solar Feed-in Tariff Coalition.