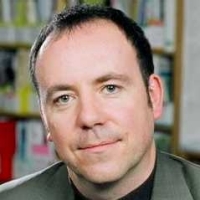 The world’s biggest carbon offset market, the Kyoto Protocol’s Clean Development Mechanism (CDM), is a global shell game that is increasing greenhouse gas emissions behind the guise of promoting sustainable development. The misguided mechanism is handing out billions of dollars to chemical, coal and oil corporations and the developers of destructive dams — in many cases for projects they would have built anyway.

According to David Victor, a leading carbon trading analyst at Stanford University, as many as two-thirds of the supposed “emission reduction” credits being produced by the CDM from projects in developing countries are not backed by real reductions in pollution. Those pollution cuts that have been generated by the CDM, have often been achieved at a stunningly high cost: billions of dollars (or pounds) could have been saved by cutting the emissions through international funds, rather than through the CDM’s supposedly efficient market mechanism.

And when a CDM credit does actually represent an “emission reduction,” there is no global benefit because offsetting is a zero-sum game. If a Chinese mine cuts its methane emissions under the CDM, there will be no global climate benefit because the polluter that buys the offset avoids the obligation to reduce its own emissions. If current trends continue, the majority of the cuts in emissions supposed to be produced under Kyoto will be produced merely by handing in CDM certificates to the UN, instead of through actual pollution reductions.

A CDM credit is known as a “Certified Emission Reduction” (CER), and is supposed to represent one tonne (metric ton) of carbon dioxide not emitted to the atmosphere. Industrialized country governments buy the CERs and use them to prove to the UN that they have met their obligations under Kyoto to “reduce” their emissions. Companies can also buy CERs to comply with national-level legislation or with the EU’s Emissions Trading Scheme. Analysts estimate that two-thirds of the emission reduction obligations of the key developed countries that ratified Kyoto may be met through buying offsets rather than decarbonizing their economies.

Almost all the demand for CERs has so far come from Europe and Japan. In the next few years, Australia and Canada could become significant CER buyers. In the longer term, the U.S. could become the largest single market for CDM offsets under the federal climate legislation currently being debated by Congress and regional greenhouse gas reduction measures such as that under design in California. John McCain’s recently announced climate plan would, in its early years, allow all supposed emission reductions in the U.S. to be met through domestic and CDM offsets.

Around 2 billion CERs are expected to be generated by the end of the current phase of Kyoto in 2012. At their current price, project developers will sell around £18 billion [US $35.4 billion] worth of CDM credits over the next five years.

The CDM, which is administered by a UN-appointed board of government officials and a Bonn-based secretariat, approved its 1,000th project on April 15 this year. More than twice as many are making their way through the mechanism’s Byzantine approvals process.

Any type of technology other than nuclear power can apply for credits. Even new coal plants, if these can be shown to be even a marginal improvement upon existing plants, can receive offset income. A massive 4,000 megawatt (MW) coal plant on the coast of Gujarat, India is expected to soon apply for CERs. The plant will spew into the atmosphere 26 million tons of CO2 per year for at least 25 years.It will be India’s third, and the world’s 16th, largest source of CO2 emissions.

Many observers had originally hoped that the CDM would primarily be a mechanism for promoting renewables and energy efficiency. Yet if all projects currently in the pipeline generated the CERs they are claiming up to 2012, non-hydro renewables would attract only 16% of CDM funds, and demand-side energy-efficiency projects just 1%. Only 16 solar power projects — less than 0.5% of the project pipeline — have applied for CDM approval.

For a project to be eligible to sell offsets, it is supposed to prove that it is “additional” — it is happening only because the developers will receive the benefit of being able to sell offsets. “Additionality” is key to the design of the CDM: if projects would happen anyway, regardless of CDM benefits, then their offsets would not represent any reduction in emissions.

Judging additionality has turned out to be unknowable and unworkable. It can never be definitively proven that if a developer or factory owner did not get offset income they would not build their project or switch to a cleaner fuel supply — and would not do so over the decade for which projects can sell offsets.

The documents written by carbon consultants to justify why their clients’ projects should be approved for CDM offsets contain enough lies to make a sub-prime mortgage pusher blush. One commonly used scam is to make a proposed project look like an economic loser on its own, but a nice little earner once offset income is factored in. Examples include the Indian wind developers who failed to tell the CDM about the lucrative tax credits their projects were earning, and the scores of Chinese hydro developers who claim their projects will produce less than half the electricity expected for dams with their generating capacity.

Off-the-record and in the corridors at the many carbon trading conferences, industry insiders will admit that deceitful claims in CDM applications are standard practice. Everyone in the system knows that everyone else is making up stories, and that the system would cease “working” if they didn’t.

The lobby group for the carbon trading industry, the International Emissions Trading Association (IETA), has stated that proving the intent of developers applying for the CDM “is an almost impossible task.” Other industry representatives have complained that “good story-tellers” can get a project approved “while bad story-tellers may fail even if the project is really additional.”

One glaring signal that many of the projects being approved by the CDM’s Executive Board are non-additional is that almost three-quarters of projects were already complete at the time of approval. It would seem clear that a project that is already built cannot need extra income in order to be built.

Michael Wara and David Victor, leading carbon trade analysts from Stanford University, show in a recent paper that “essentially all” new hydro, wind and natural gas fired projects being built in China are applying for CDM offsets. If the developers are being truthful that their projects are additional, this implies that without the CDM virtually no hydro, wind or gas projects would be under construction in China. Given the boom in construction of power projects in China, the fact that it is government policy to promote these types of projects and the fact that thousands of hydro projects have been built in China without any help from the CDM, this is simply not credible.

Additionality also creates perverse incentives for developing country governments not to bring in (or enforce) climate-friendly legislation. Why should a government voluntarily act to cap methane from its landfills or encourage energy efficiency if in doing so it makes these activities “business-as-usual” and so not additional and not eligible for CDM income?

The single project type slated to generate the most CERs is the destruction of a gas called trifluoromethane, or HFC-23, one of the most potent of all greenhouse gases. HFC-23 is a waste product from the manufacture of a refrigerant gas.

Every molecule of HFC-23 causes 11,700 times more global warming than a molecule of CO2. Because of this massive “global warming potential,” chemical companies can earn almost twice as much from selling CERs as from selling refrigerant gases. This has spurred concern that refrigerant producers may be increasing their output solely so that they can produce, and then destroy, more waste gases. It is even feared that new refrigerant factories could be built only to destroy HFC-23.

Stanford’s Michael Wara estimated in 2006 that the HFC projects then in the CDM pipeline would generate €4.7 billion [US $7.3 billion] in pre-tax revenues for mainly Chinese and Indian manufacturers. According to Wara, destroying the gases will cost less than €100 million [US $157 billion]. Thus the European and Japanese taxpayers and consumers who are ultimately paying for the CERs will spend 47 times more than it will cost the companies to stop venting the gas! Meanwhile €4.7 billion that could have paid for effective decarbonization projects is effectively being given away to increase the profits of a handful of chemical companies.

A rapidly growing industry of carbon brokers and consultants is lobbying for the CDM to be expanded and its rules weakened further. If we want to sustain public support for effective global action on climate change, we cannot risk one of its central planks being a program that is so fundamentally flawed. In the short-term the CDM must be radically reformed, in the longer term, beyond the expiration of the first phase of Kyoto in 2012, it must be replaced.

Patrick McCully is Executive Director at International Rivers in Berkeley, California and the author of Silenced Rivers: The Ecology and Politics of Large Dams (Zed Books, London, 1996; updated edition 2001). He has written numerous articles and reports and made many presentations at universities, conferences and other public events on issues connecting dams, human rights, riverine ecosystems, international development, climate change, energy and water policies.