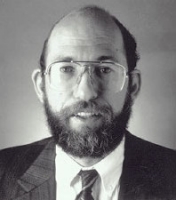 I was pleased to watch the President of the United States in his State of the Union speech address energy and the need for our country to cut back on imports. President Bush praised solar and wind, and the prime clean energy recommendations — biofuels and plug-in hybrids, hydrogen and fuel cells, and photovoltaics and wind — were sound, practical, positive moves for the country.

This week, the FY’07 federal budget was released and the details were a bit more stark, in that the $1.17 billion efficiency and renewable research and development budget at the US Department of Energy was essentially level-funded at $1.2 billion. The 78% increase in photovoltaics research, 65% increase in biofuels funding and the 25.8% increase in hydrogen/fuel cell funding was paid for within the existing USDOE program. Yes, harsh realities of a government with high federal budget deficits. No conventional energy program was zeroed out, but the Geothermal and Hydropower programs were recommended to be closed down immediately in the budget and the small Solar Heating and Lighting budget was given a small close down budget for a final year. On the energy efficiency side, the Weatherization program received a $78 million cut as did smaller cuts in Vehicle and Industrial program RD&D along with electricity delivery and reliability R&D. The surprise this year was that the Concentrated Solar RD&D program that had been targeted for close down in earlier Administration budgets was spared at level funding of approximately $9 million. So what does this federal budget represent? The good news is that the Bush Administration, originally led by Vice President Cheney’s vision of reliance on traditional energy sources, has taken a step towards a portfolio approach not overwhelmingly tilted towards renewable energy, but clearly more balanced in its perspective and execution. On the negative side, the King Solomon approach to “divide the baby” is just bad public policy. There fundamentally is no rationale to zero out Geothermal and Hydropower RD&D when the budget handily supports increases in Nuclear Energy and ‘Clean” Coal. For Geothermal, another 9000 MWs are accessible and the R&D program brought industry and the technical community to work on accessing different heat values within the earth for commercial energy production. For Hydropower, the R&D program cost-shared with industry to create more efficient turbines on existing dams to get more electric power while being fish friendly AND beginning to address the emerging technologies such as freeflow microhydropower that needs no dams or diversions and kinetic wave power which opens another clean energy resource. Clearly, the Congress needs to make changes, and these two programs along with Solar Heating and Lighting RD&D needs to be immediately restored. On the efficiency side, the federal program has the focus that was created under President Bush (senior) and his Assistant Secretary who apportioned the programs by end use market sectors and aggressively pushed joint R&D and commercialization with industry and local governments in Buildings, Industry, Utilities and Transportation. Advocacy groups such as the Alliance to Save Energy and the ACEEE consistently point out, that if you want to dramatically lower energy imports – you must have aggressive drives to increase automobile efficiency (lowering petroleum imports) and building and industrial end use efficiency (lowering natural gas and fuel oil imports). And the renewable fuels and power advocates know that the efficiency technologies mitigate the initial higher costs of renewables to the consumer. So the good news is that the balanced energy budgets of the earlier Bush and Clinton Administrations are now being embraced by this Administration. But sacrificing certain R&D programs for others just reduces US options at a time when we need all the clean energy options we can get. With the loss of miners in our coal operations over the recent months, stories on blowing off mountain tops ruining farmland and waterways, reports on how increasing mercury and particulate emissions harm public health, and the National Academy report on susceptibility of nuclear waste “pool” repositories to terrorism — this is no time to reduce our options in energy efficiency, solar building technologies, or geothermal and hydropower — but rather, increase them. The White House embrace of the biofuels, hydrogen, solar and wind options weren’t so much an ideological conversion, as more of an realignment of the political system with the will of the American public. The Administration has keenly watched Republican Governors such as Guinn of Nevada, Pataki of New York, and Schwarzenegger of California endorse and campaign for a series of bold clean energy initiatives. And Republican Senators Charles Grassley (IA) and Lamar Alexander (TN) and Congressmen such as Roscoe Bartlett (MD) have been just as enthusiastic in the Congress as well. So the markets are expanding, State and local governments are bullish, and the federal government is beginning to take notice, again. Hopefully, the ebb and flow of politics won’t reduce federal support of the energy efficiency and renewable energy options we desperately need to address other overarching issues of our lack of resilience of acts of god and terrorism, our increasing energy imports, and changes in our global climate. About the author… Scott Sklar is president of his own policy and strategic marketing firm, The Stella Group Ltd., Washington, DC. (solarsklar@aol.com). Previously, he served simultaneously as executive director of the Solar Energy Industries Association and the National BioEnergy Industries Association for 15 years. His book, A Consumer Guide to Solar Energy, was re-released in 2004 for its third printing.