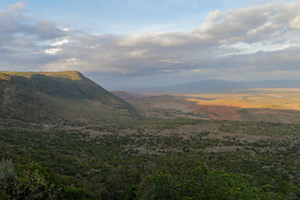 Kenya will introduce a royalty for geothermal-power producers under a proposed new law.

Fees will be levied at a rate of 1 percent to 2.5 percent of revenue generated from the energy source within the first decade of a geothermal license being issued, according to the draft Energy Bill presented to lawmakers Wednesday. The levy will then climb to between 2 percent and 5 percent, the bill states.

Kenya, Africa’s biggest geothermal producer, has estimated untapped potential of as much as 10,000 megawatts of steam power in the Rift Valley that cuts through the west of the country. The East African nation has 652 megawatts of installed geothermal capacity. Producers include state-owned Kenya Electricity Generating Co. and Reno, Nevada-based Ormat Technologies Inc.

The bill has been revised since October 2016, when President Uhuru Kenyatta asked lawmakers to remove a clause stipulating that Kenya Power Ltd., the monopoly power distributor, compensate customers for losses resulting from electricity blackouts. Outages are an almost daily occurrence in the country, including the capital, Nairobi.

The latest draft defies Kenyatta’s order by providing for compensation by Kenya Power if outages, poor quality or irregular supply due to negligence results in damage to property, financial loss, or loss of life. Kenyatta had earlier urged quick passage of the bill.

Other proposals in the bill include:

Local communities around power-producing geothermal wells will receive 5 percent of the revenue from royalty payments under the proposed law. County administrations are to get 20 percent on the condition the amount doesn’t exceed twice the budget allocations from national government, according to the bill.

“We welcome this proposal,” said Lee Kinyanjui, governor of Nakuru county, which hosts the Olkaria geothermal fields that produce all of Kenya’s geothermal power. “This will be of great benefit to the community and we’ll ensure it percolates to the people.”

KenGen generated 5.18 billion shillings ($51 million) of revenue from steam power in the year through June 2017.