More
Home Baseload Just Say No to Combustion in Buildings, And Say Yes to Geothermal... 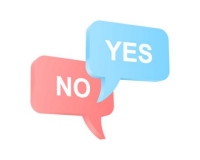 As kids we were told “don’t play with matches.” The reasoning was simple. But as adults, we ignore this warning and play with fire to heat our homes and office buildings and our laws and policies encourage it. It doesn’t have to be that way. We need to create paths to safer, cleaner and more efficient energy sources to satisfy the “thermal loads” of buildings and geothermal heat pumps (GHPs) are the answer.

In both cases, geothermal heat pump (GHP) technologies MUST be included for their efficient energy use and for the renewable energy they pull from the ground. We must educate policy makers that huge strides in energy efficiency and renewable energy production can be made by addressing the thermal loads of buildings with GHPs.

The U.S. Department of Energy says that buildings account for nearly 40 percent of national energy use and consume more energy than any sector of the U.S. economy, including transportation and industry. And it’s thermal loads of buildings that claim the highest percentage of energy use in the building sector.

Homeowners pay 70 percent of their energy bills for heating, cooling and hot water.  Cutting that in half with GHPs puts more disposable income into their pockets and boosts the economy.  Businesses can increase profits by installing GHPs.

Given widespread health and safety concerns over such combustibles in the human environment — and the ready availability of alternatives like GHPs — burning fossil fuels to heat buildings just doesn’t make sense in the new millennia.   Why?  Because combustion can never claim efficiency higher than 100 percent, and most often delivers far less because of system inefficiencies.

In stark contrast, GHP technologies offer heating efficiencies of up to 500 percent. With that, it is obvious that the quickest and biggest boosts in energy efficiency can be achieved through widespread GHP deployment.

The U.S. Environmental Protection Agency says on their Energy Star website that GHPs are the most energy efficient, environmentally clean and cost effective space conditioning system available today.  And that’s no bull — GHP efficiencies have been measured and verified in countless configurations and installations from large commercial jobs to businesses and residential applications.

Taken to its logical conclusion — and considering that modern, highly efficient GHP technologies are readily available — one must pose the question: Why use combustion heating and cooling systems in any new buildings going forward? And while that may seem like a lot to ask, remember it wasn’t so long ago when trucks delivered coal to most residences in America for homeowners to shovel into grimy basement furnaces.

Yet at the national level, we continue to rely on policies that encourage combustion in buildings.  The U.S. Green Building Council’s (USGBC) Leadership in Energy and Environmental Design (LEED) program gives a 92 percent-efficient gas furnace the same number of points toward certification as a GHP. How does that make sense when the GHP offers a heating Coefficient of Performance (COP) of 4 to 5, making 400 percent to 500 percent efficient use of the electricity it uses!

Policies that reward homeowners and building owners to increase heating and hot water efficiencies by installing new furnaces and boilers that are only 10-20 percent more efficient are short-sighted. Instead, energy policies at all levels should reward people for making a long term investment to improve our environment.

Why should energy demand for heating homes and buildings be satisfied with inefficient, and yes — primitive — fires within fossil fuel combustion systems? Renewable energy produced from the earth with GHPs comes to us without burning hazardous materials, creating emissions or affecting our climate. It’s time we entered the modern era of heating our buildings.

Policy makers should adopt legislative and regulatory strategies that will ensure the most efficient technologies are deployed in new buildings to satisfy their heating and cooling requirements. Those strategies must surely include GHPs. And it goes without saying that any buildings receiving public support should benefit from the most efficient heating and cooling systems available.  Again, GHPs are the clear winner.

I’m happy to report that there ARE shining examples of folks in charge who “get it.” The federal government offers tax incentives of 30 percent for residential, and 10 percent for commercial, installations of GHPs. And the U.S. General Services Administration requires bids for new heating and cooling systems in its buildings be compared on a 20-year life cycle cost basis, and include GHPs. It’s little wonder that geothermal wins that competition every time.

Innovative programs for promotion and installation of GHPs are proving to be viable profit centers that are finding increasing success. These include on-bill financing for home and business owner installations, and ground loop heat exchanger ownership by utilities that actually meter and bill the geothermal resource.

With these and other programs, building and homeowners win — the economy and the environment win — and so does society. Best of all, electric utilities win by reducing peak load demands in summer and building demand in winter, helping to ensure reliability while balancing their load curves.

It’s fair to say that GHPs win every category of policy debate when it comes to energy efficiency, including economics, the environment, and society — especially regarding questions of health and safety.  But much more can and should be done to promote their use.

Low natural gas prices will not last forever, especially as the now-hidden environmental costs and the regulatory regime catch up with the “fracking” boom that rages across America. As natural gas finds its best uses in power generation and transportation fuel, GHPs are ready to close the gap for meeting the thermal loads of buildings.

Natural gas produces half the carbon footprint of coal. If combined in equal measure with ground-source energy, GHPs can multiply that carbon reduction by a number equal to their efficiency. That’s gas burned with half of coal’s carbon to produce electricity used by GHPs at 500 percent efficiency — for an outstanding tenfold carbon reduction! And on our highways, the cost of compressed natural gas for transportation fuel Is only $2.11 per gallon of gasoline equivalent as of July 2013. The math is simple and the logic irrefutable that natural gas has higher and better uses than for heating buildings.

Intelligent and responsible policies would eventually put out the fires of fossil fuel combustion inside our homes, businesses, industry and institutions. GHP adoption would surge, energy efficiency would become a reality, and our environment and climate would breathe a collective sigh of relief.

Lead image: Yes and no via Shutterstock