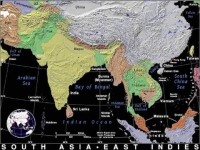 MUMBAI, Maharashtra, India JSW Energy Ltd. (JSW) and Jaiprakash Power Ventures Ltd. (JPVL) executed an acquisition deal worth about US$1.8 billion for two of three power-generating facilities listed on a Sept. 24, binding Memorandum of Understanding (MoU). The 100% acquisition of two plants was executed in Mumbai, in the district of Maharashtra, India, on Nov. 15.

JSW purchased two facilities located in Himachal Pradesh, in the upper northwest region that borders Indian states Jammu and Kashmir on the north, Punjab on the west, Haryana and Uttarakhand to the south and the country of China to the east. The properties include 300-MW Baspa II Hydro Electric Plant and 1,091-MW Karcham Wangtoo Hydro Electric Plant.

Karcham Wangtoo continues to produce power since coming online in 2011, as does Baspa II, which was commissioned in 2003. Karcham Wangtoo and Baspa II have an estimated life of more than 29 and 37 years respectively and are extendable to 20 more years, according to published reports.

The two hydro plants will be operated under Himachal Baspa Power Co. Ltd. (HBPCL) as a going concern through a scheme of arrangement “subject to mutually agreed adjustments, and the closing is subject fulfillment of conditions precedent by the parties,” according to JSW.

The 500-MW Bina Thermal Power Plant in Madhya Pradesh is the remaining project listed on the MoU, but there is no readily available information on its purchase status.

Based in Mumbai on the central east coast of India, JSW is part of the JSW Group. The group is controlled by O.P. Jindal Group out of Haryana, about 500 miles away in north India. O.P. Jindal Group is a global conglomerate worth US$18 billion, according to the company.

Prior to purchasing the two hydro plants, JSW acquired its only hydro project in July 2007 through a competitive bidding process. The company is developing a 240-MW run-of-river hydroelectric project at Kutehr on the upper reaches of the Ravi River in Himachal Pradesh, according to published reports.

The bulk of JSW holdings are in thermal power projects.

JSW said it has an existing operational capacity of 3,140 MW from thermal power and gained 1,391 MW of hydroelectric power from the HBPCL agreement. The combined total will bring its energy portfolio to 4,531 MW. Published reports indicate JSW has projects worth 8,630 MW under implementation and in the development phase throughout several states in India.

The Nov. 15 acquisition allows JSW to advance in achieving its goal of owning plants that have a total of 12,000 MW of power generation capacity by 2025, according to the company.