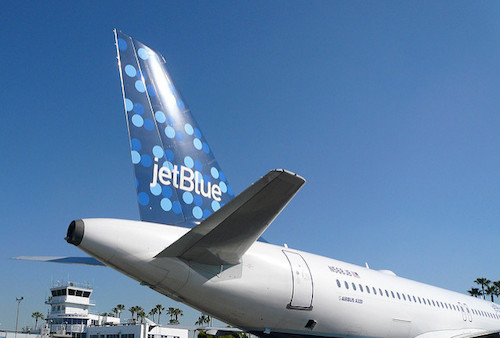 The fuel will consist of 30 percent renewable jet fuel blended with 70 percent traditional Jet-A fuel. The renewable jet fuel portion produced from select plant oils is targeted to achieve a 50 percent or higher reduction in greenhouse gases emissions per gallon based on a life-cycle analysis. The fuel is expected to meet the Environmental Protection Agency’s (EPA) qualification for renewable fuel standards, as well as the Roundtable on Sustainable Biomaterials certification standard for sustainable production of biofuels.

Deal Details: Answers for Your Questions

Q: Is this a straight offtake with a fixed price, or is there a variable in there for feedstock/market price etc.?

A: This is a fixed price with a SGP proprietary escalation. Price is not based on index.

Q: Is JetBlue contributing towards the capital costs of the first commercial plant? What’s the financing plan?

A: It is not. Given SGP’s fundamentals-based approach to project finacing our refineries, they report that they have sufficient interest from institutional and private investors to finance our entire planned portfolio of facilities. Financing for multiple facility commitment is currently being negotiated.

Q: Is there a named supplier for the fossil Jet-A portion yet? Will the fuels blend at the SG Preston facility?

A: SGP reports they have multiple options for supplying the conventional fuel and blending side of the equation for both jet and diesel fuels.

Q: Is capacity at the first commercial still expected to be at 120 million gallons?

A: Yes. This will represent a blend of renewable jet and renewable diesel fuel. Identities of the additional offtake contracts and feedstocks are closely held until announced.

We reported last October that, 1.2 billion gallons in annual renewable jet and aviation fuels capacity, produced in the U.S. Midwest, took a step closer to realization with news from SG Preston that the company has tapped IHI E&C, the Houston‐based engineering, procurement and construction division of Japanese giant IHI, for the building of a series of five commercial volume, advanced biofuels manufacturing plants, initially in the U.S. Midwest and Canada.

SG Preston will deploy its biofuels strategy initially at five plants (South Point and Van Wert, Ohio, Logansport, Indiana, and two additional sites in Michigan, and Ontario, Canada. What you are seeing here are five initial sites with five initial facilities being deployed. Each one of these sites has been selected and sized to accommodate two [120 million gallon] facilities. This is a matter of leveraging development efficiency, economies of scale, and best practices. Our timeline is to have at least five facilities online before 2020.

The initial project targets South Point, in Lawrence County in the southeastern part of the Buckeye State, and is scheduled for completion before 2020.

CEO Randy LeTang told The Digest that Southeastern Ohio was targeted because of its existing infrastructure — the site was formerly home to the failed Buckeye Ethanol project. In choosing Ecofining as the technology, LeTang noted that “we were only interested in a proven turn-key technology; there are a lot of good technologies out there, but most of them are too experimental for our business model.”

In 2016, JetBlue began actively exploring the ability to purchase renewable jet fuel for commercial use. In 2015, JetBlue was the only airline to sign the White House’s American Business Act on Climate Pledge, highlighting its support for an international climate agreement toward a low-carbon future. JetBlue pledged to reduce global emissions from commercial air travel in partnership with aircraft and engine manufacturers, the FAA, and others.

Reaction from the Stakeholders

“The future of aviation relies in part on renewable energy sources. We’re taking a leadership role in technology and other advancements including renewable jet fuels,” said Robin Hayes, president and chief executive officer, JetBlue. “JetBlue is preparing for a world where we must reduce our production of greenhouse gases. With this in mind, we have executed one of the largest renewable jet fuel purchase agreements. This is just one step of many in our work towards a lower carbon future.”

“This strategic relationship with JetBlue is a continuation of SG Preston’s commitment to develop reliable products from renewable resources at commercial scale and volume for stakeholders who recognize renewable has transcended buzzword status and is a critical component of responsible growth,” said Randy Delbert LeTang, SG Preston founder, chief executive officer and president. “Our strategy is to address the demand versus supply gaps in the industry and align development and delivery mechanisms to meet our customers’ demand in the least disruptive way.”

The Executive Director of the cross-industry Air Transport Action Group, Michael Gill, said: “JetBlue is joining a group of industry-leading airlines which are taking the bold, but smart choice to put themselves at the forefront of our sector’s climate action. They should be warmly congratulated for making that choice. We have demonstrated that aviation can collaborate to improve efficiency and indeed a flight you take today will produce around half the CO2 that the same flight would have in 1990. This has been achieved with the introduction of new technology aircraft and improvements in operational and infrastructure efficiency.”

“Whilst we continue to deploy those methods, we also need to look towards the future. In the coming weeks, governments will hopefully support a global agreement on capping aviation’s next CO2 emissions from 2020 through an offsetting scheme for international aviation — the world’s first for any global sector. For the long-term, sustainable aviation fuels will play a fundamental role. Whilst the quantity of sustainable alternative jet fuel currently being used by airlines is small, this is a relatively recent development for aviation and it is encouraging to see more and more airlines playing a leadership role in getting this new energy source into daily operation.”

This article was originally published by Biofuels Digets and was republished with permission.