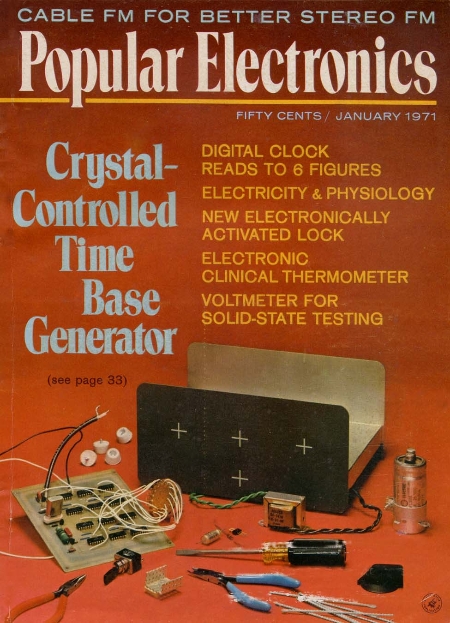 If you could take a time machine back to 1971 and tell people about today’s computing environment you would not be believed.

Back then computer networking was brand new. The first Intel microprocessor was months from release. The first e-mail had yet to be sent.

Yet the vocabulary of what was to come already existed. Bob Metcalfe was writing about what he would call Ethernet. Both TI and Intel were in business. Hobbyists were dreaming of turning components into computers they could call their own.

That’s about where we are when it comes to solar technology and renewable energy. Today’s solar panels are a lot like minicomputers. You can put one on your roof, but you’ll have to finance it like you would a DEC PDP-8 back then. The equivalent of that era’s gadget is a thin-film panel that will today charge up your iPhone. This is mostly a business-to-business market, but there are consumers around, hobbyists and enthusiasts, the very front end of demand’s “s” curve.

I believe it’s possible for us to move ahead more quickly now than we did then, if only because we have all the computing power and networking technology of 2011 to help make it happen. Southern California is buying 250 MW of solar power for less (amortized over 20 years) than the price of a natural gas feeder plant. And the offering was oversubscribed.

Within a decade you will be able to buy something that powers your whole house. It will meet some form of industry standard, it will be essentially plug-and-play. It will be mass produced and it will be affordable. It will store excess juice for use at night, and people like me will be writing about turning the cities’ excess electricity into hydrogen (or ammonia) for use in cars, at prices competitive with natural gas.

That’s just one dimension of what’s coming. Industries are going to start re-using their waste heat to create their own electricity. Geothermal plants are going to get more plentiful. Cellulosic ethanol will encourage farmers to take better care of their land by creating markets for “waste” plants. Wind power is going to scale.

As that happens something else will happen.

The value of oil and gas in the ground will stop going up. It will start going down. Owners of proven reserves won’t be heading for the poor house (yet) but the handwriting will be on the wall for the fossil fuel industries.

Now you may say I’m a dreamer, but I’m not the only one. Best of all, today’s dreamers aren’t just imagining stuff. Some of this technology is still in the lab, but capital is ready to make it commercial, and when capital gets rolling things can happen awfully fast.