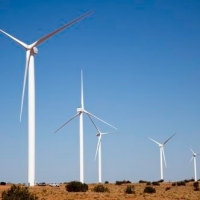 Both the investment tax credit (ITC) and production tax credit (PTC) for renewable energy products are key components of successful project financing, and by the looks of the political landscape, they’re not going away soon. So if you accept the premise that both government carrots to renewable finance will be around for the mid-term, it’s important for developers to analyze which credit is best for their project.

The investment tax and production tax credits came about when the Bush administration placed an emphasis on developing alternative energy sources over fossil fuels. Both programs have been used heavily by the industry. In 2008, Congress renewed the production tax credit for eight more years. The investment tax credit has been renewed yearly and there’s no sign that the government will retire either inducements. And why should they, given continued high fossil fuel energy prices and problems with drilling and pollution inherent in the production of those fuels?

“Without national leadership, capitalism on its own never goes out and invents an industry,” said Ron Rossi, an attorney with Polsinelli & Shughart PC in Denver who specializes in renewable deals.

He pointed out that in their early development, railroads were given rights of way by the government to service coal power plants. The only reason coal and natural gas energy is cheap today is because the infrastructure was built, in part, with government help. When you start talking about transporting electricity from solar and wind, the high cost and the politics of transmission lines impedes progress. But Rossi predicts the government will lead in renewables.

“We hear a lot that it’s a 50-50 chance [that] the credits won’t be extended, but I tend to disagree with that. Project finance is here to stay and is clearly the way of the future,” Rossi says.

Grant In Lieu of ITC

Companies are scrambling this year to use another carrot that Congress passed with the economic recovery legislation, the up-front cash grant in lieu of the ITC for wind, biomass and geothermal projects. Observers expect the grant program to expire at year’s end.

So far, cash-strapped early stage renewable companies are opting for the investment tax credit. For now they can get the grant – 30 percent of the total cost of qualified projects – if at least 5 percent of the project has been built prior to December 31, 2010. The other cash option is to sell the ITC to the handful of institutional investors who will buy them, but the shaky financial market is putting downward pressure on prices for the credits and developers have to weigh other tax factors in their decisions, such as analyzing the future ability to depreciate assets.

“I have yet to have a client who would not rather have the cash than the credit,” said James Whitmire, partner at the Denver office of Davis Graham & Stubbs and author of a paper on partnership taxation.

“They may defer the credit or not use it at all to offset income. I had one large corporate client that was more interested in credits than grants. They were in a compliance program with the IRS where they could book the credit immediately,” Whitmire said, adding that he saw “no indication” from Congress that they will extend the grant program.

Here’s a quick definition of the credits and how they work. The investment tax credit is an upfront credit against the capital expense used to build out your project. The production tax credit is a credit over time based on the amount of energy produced.

Even if you are able to jump through enough hoops to gain an investment or production tax credit, it doesn’t mean your deal will be approved by the small number of banks sophisticated enough to specialize in this field. Other issues such as mineral or thermal rights, production purchase agreements and rights of way to the power grid can trip up a project finance deal. And you can expect a thorough examination of how the tax credits will play out.

“You have to run the numbers to figure out which vehicle works the best,” Polsinelli’s Rossi says. “Somewhere in these deals someone’s going to ask for a tax opinion.”

“We need to work on your tax position and do a full economic analysis on whether to use one or another. Most want cash but you need to work the numbers. Clients can end up with better results claiming a production tax credit even if you end up monetizing that credit,” Whitmire adds.

For example, for every dollar of ITC you claim, you have to reduce the depreciable basis of the property by 50 cents. On top of that, you’re facing a haircut of 15 or 20% from the buyer of your tax credit if you decide to sell. A producer of electricity may decide that the 1.5-cent per kilowatt-hour PTC would be more advantageous.

The type of project may determine what type of tax credit or grant to use. Smaller developers will almost always prefer the upfront money, either through grants or by selling off the future value of tax credits.
Projects that require a heavy upfront investment may be more suited to the ITC. They might include geothermal, biomass or clean coal. Solar projects aren’t eligible for the PTC; it might be a better option for wind companies.

According to Ward Cerny, an wind energy investment banker at Green Manning & Bunch, “The greater the energy capacity per wind turbine, the more likely that the production tax credit will generate greater cash flows as opposed to the investment tax credit.”

The analysis comes down to weighing the cost of equipment versus production rates. Equipment costs are lower as production rises and investment bankers are looking at that. The rationale is that as technology becomes more efficient, you will get more energy out of less investment. The cash flow off of the production will be greater than the cash flow from the investment tax credit perspective.

So don’t jump at the first tax credit you hear about without understanding how it fits into the financial structure built into your business plan. You could be stuck with credits that you either can’t use or aren’t useful to others who might be interested in purchasing them.

Greg Pfahl, CPA, is a senior audit manager in the Denver office of Hein & Associates LLP, a full-service public accounting and advisory firm with additional offices in Houston, Dallas and Southern California. He also serves as a local leader for the alternative energy practice area. Pfahl can be reached at gpfahl@heincpa.com or 303.298.9600.