Defining what qualifies as a renewable energy can be a difficult exercise. Some people believe renewables should only be defined as coming from natural resources. Others think that renewable means any resource that can be replenished as it is being used. 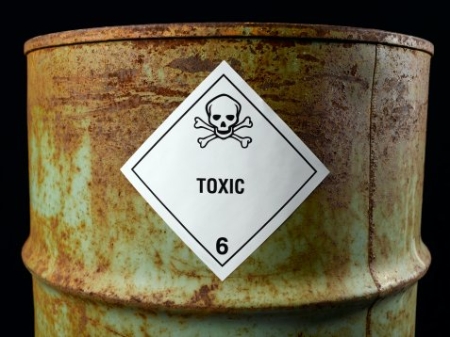 For example, some people don’t consider landfill gas to be renewable. Landfill gas only lasts so long, maybe 20 or 30 years depending on the site. Strictly speaking, this resource is not renewable. But looking at the broader picture, we’re always going to be producing waste in some form. We’ll be able to use this resource for as long as we’re throwing things in landfills. I’d say that’s renewable.

Recycling and reducing excessive consumption should be our first priorities. But if we’re going to keep producing trash, generating energy should be an important part of any waste management strategy.::continue::

One (unfortunate) renewable resource that we need to do something about is hazardous medical waste. Hospitals throw out a lot of icky, toxic materials. Some of them are buried in landfills and the really toxic stuff is burned. But what if we could gasify them on site, strip out the heavy metals and chemicals and make usable fuels? Well, we can. It just hasn’t been economically viable to do in the past.

S4 Energy Solutions, a joint venture between Waste Management and InEnTec, is trying to change that. The company is planning on building small, modular plasma facilities at medical and industrial sites. It will put hazardous waste in the gasifier, break it down to the molecular level and produce what’s called syngas, which can be refined into ethanol, synthetic diesel or be used to generate electricity.

Some people may hesitate to call a fuel like this renewable. I understand that it doesn’t fit the strict definition of renewable. But projects like this have an important place in a distributed energy system. And if communities can cut back on hazardous waste and get a cleaner-burning fuel, we should promote the technology.

“We think this is renewable,” says Jeff Surma, CEO of S4. “This is just one additional form of recycling materials that cannot be processed in a traditional manner.”

The first facilities that S4 builds out will process about 25 tons of waste per day. That’s not very big, considering that 300 million tons of waste are created annually in the U.S. But it is sufficient for on-site applications. S4 will eventually scale up to 125 ton-per-day facilities that can process municipal solid waste. That could create a lot of energy.

For every ton of waste, 100 gallons of ethanol can be produced. Theoretically, some of these facilities could be taking in enough waste to process tens or hundreds of thousands of gallons of ethanol. And rather than ship that fuel far away, S4 wants to use it within the community where the gasifiers are located. A project could cost anywhere from $10 million to $100 million to build.

Plasma gasification is not new. But it hasn’t really taken off because it’s more expensive to gasify the waste than to chuck it in a landfill. That’s now changing because of the demand for renewable fuels and electricity. The multiple revenue streams from selling these products significantly improve the economics of a project.

Of course, there are emissions associated with burning the syngas. It has a similar emissions profile to natural gas. So while it’s a heck of a lot cleaner than most fossil energies, it’s still a bit like a fossil fuel when burned. That makes the definition even trickier: Do renewables have to be emissions-free?

What do you think? Can a technology like this be considered renewable? Do you think this fits well with our overall strategy to develop clean energy technologies?