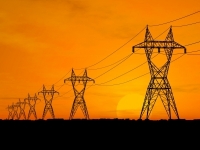 California — Aside from policy stability, it’s probably one of the most widely-cited problems facing the renewable energy industry: The lack of transmission. But is the problem really as big as we’re told? Or are utilities using it as an excuse to get more money for an unnecessary build-out of infrastructure and increase profits?

We hear stories all the time about projects being curtailed because the grid can’t handle the electricity. Industry trade groups also report that there are thousands of megawatts of renewable energy projects sitting in interconnection queues around the country.

But according to a former transmission planner at San Diego Gas & Electric (SDG&E), the push for more transmission – at least in California – is not necessarily needed to bring more renewable energy projects online.

In a piece written for the July issue of the Natural Gas and Electricity Journal, Jaleh Firooz of Firooz Consulting argues that the incessant attention on building new transmission lines actually hinders development of new renewables in the state.

Debate in California over the need for new transmission lines to help clean energy projects has raged on for years. The most high profile project is the Sunrise Powerlink being developed by SDG&E, a $1.8 billion, 150-mile line that will stretch from the Imperial Valley in southern California to San Diego. The main selling point for the transmission project is that it will bring up to 1 GW of wind, solar and geothermal plants online.

Organisations such as the Utility Consumers Action Network (UCAN) say it will help SDG&E’s parent company, Sempra, sell power from a large coal plant in Mexico to the southern California market. Other opponents say that distributed generation offers a more cost-effective, dynamic solution to the power needs of the region.

Firooz notes that the cost to ratepayers for the Sunrise Powerlink project would be around $200 million per year. However, she writes that the congestion charges in the entire state of California in 2008 were only $176 million – not enough to justify the new line.

“In such an event, consumers would be economically better off if congestion were managed through the re-dispatch of generation and avoiding the cost of building the new transmission,” writes Firooz.

She also argues that large-scale transmission projects hurt developers’ ability to get equipment in the ground. Because developers have to shoulder much of the cost of transmission upgrades, they often abandon the project when factoring in those costs. If other alternatives are not explored to get the power to the grid – which, writes Firooz, they often aren’t – project developers have limited options to explore when filing their interconnection requests.

In addition, Firooz says the data show that consumer demands have not outstripped transmission investment, the common argument for supporting new transmission lines. (See the chart above).

“This effort is not surprising considering that network upgrades create more rate base and therefore higher profits for IOUs,” writes Firooz. “However, if progress toward renewable resource goals is the public policy objective, the focus on network upgrades is entirely misplaced.”

The transmission issue is a huge one for the renewable energy community. It is often said that large projects won’t be able to get built without new investments in transmission lines. But these new lines often pit concerned landowners and environmental groups against renewable energy developers and utilities. In addition, such projects create a philosophical divide within the industry over the value of centralized and distributed generation.

California is shooting for a 33% renewable energy target by 2020. By most estimates, the state will have a hard time meeting that goal. As it tries to do so, there will inevitably be a debate over how best to do it: With on-site, local resources? Or with centralized power plants that require more transmission investment?

According to Firooz, the focus on transmission may actually delay the goal further. You can find the whole piece here.