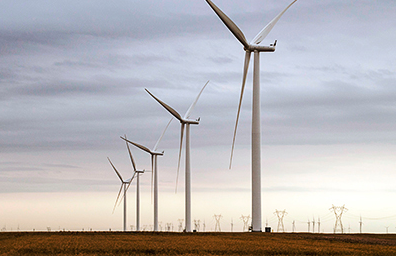 Internal Revenue Service (IRS) Notice 2016-31, released initially in May 2016, clarifies and expands previous IRS guidance on satisfying the “beginning of construction” requirement for renewable energy facilities to qualify for production tax credits (PTC), reflecting the extensions of the PTC under the Protecting Americans from Tax Hikes Act of 2015 (PATH Act).

Prior to the PATH Act, a taxpayer was eligible to receive the PTC under Section 45 of the Internal Revenue Code (Code) with respect to certain renewable energy facilities if the construction of such facilities began before Jan. 1, 2015. A taxpayer can establish the beginning of construction by satisfying either the “physical work test” or the “five percent safe harbor”. Both tests require “continuous progress” toward completion once construction has begun. The IRS has generally allowed developers two years to complete the construction of a facility (Continuity Safe Harbor).

Extension of the Continuity Safe Harbor

The Notice expands the list of “non-exclusive” excusable disruptions in the taxpayer’s construction of a facility that will not be considered as failing to meet the “continuous progress” requirement. The non-exclusive list includes severe weather conditions; natural disasters; delays in obtaining permits or licenses from federal, state, local, or Indian tribal governments; delays at the written request of a federal, state, local or Indian tribal government regarding matters of public safety, security, or similar concerns; interconnection-related delays; delays in the manufacture of custom components; labor stoppage; inability to obtain specialized equipment of limited availability; the presence of endangered species; financing delays; and supply shortages.

For wind facilities, this may include excavation for the foundation, the setting of anchor bolts into the ground, or the pouring of concrete pads. For hydropower facilities, it may mean excavation for or construction of a penstock, power house or retaining wall structure. For biomass and trash facilities, it could include site improvements, (as opposed to site clearing), such as filling or compacting soil, or installing stack piling. For geothermal facilities, it could mean physical activities that are undertaken at a project site after a valid discovery. Physical work of a significant nature does not include preliminary activities, such as planning and designing, securing financing, exploring, researching, conducting geologic mapping and modeling, and obtaining permits and licenses.

The Notice provides that solely for purposes of determining the “beginning of construction” date, multiple facilities that are operated as part of a single project may be aggregated and treated as a single facility. Thus a wind farm with multiple wind turbines may satisfy the “physical work test” by the performance of physical work of a significant nature for a portion of the wind turbines that constitute the wind farm.

A retrofitted facility may qualify as originally placed in service, even though it contains some used property, if the fair market value of the used property is not more than 20 percent of the facility’s total value, equal to the cost of the new property plus the value of the used property (the 80/20 Rule). The Notice clarifies that (i) this 80/20 Rule is applied to each individual facility comprising the project, and (ii) only expenditures paid or incurred that relate to new construction should be taken into account for purposes of the “five percent safe harbor” discussed above.

The extension of the continuity safe harbor is a welcome relief to the renewable energy industry. Instead of two years, developers now have four years to place a project into service once construction has begun. The extension also provides incentives to resuscitate projects that have been suspended or delayed over two years after construction has begun. The provisions allowing retrofitted facilities provide significant opportunities for refurbishing or expanding existing facilities.

Vivian Ouyang (left) is senior counsel at Bracewell LLP in New York where she focuses on federal tax issues in mergers; acquisitions; divestitures; joint ventures; project finance; partnerships; and cross-border transactions, with a particular focus in the energy sector.

Curt Beaulieu (center) is Senior Counsel in the firm’s Washington, D.C. office. He focuses on tax policy, providing advice on federal legislation and regulations. Prior to joining Bracewell, Mr. Beaulieu served for a decade on Capitol Hill and was Tax Counsel for the leaders of both tax-writing committees in Congress — the House Ways and Means Committee and the Senate Finance Committee.

Anne Holth (right) is an associate in the firm’s New York office where she represents clients in a range of industries on federal, state, and international tax matters.