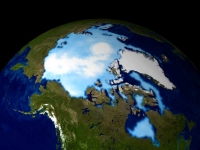 Washington, DC [RenewableEnergyAccess.com] Now that the Intergovernmental Panel on Climate Change (IPCC) has made it clear that the solutions to climate change are available without hindering economic progress, U.S. lawmakers must act immediately to ensure a prosperous future based on sustainable development, say clean energy experts.

The latest IPCC report released last Friday titled “Mitigation of Climate Change,” concludes that aggressive development of existing renewable energy technologies, increased energy efficiency requirements, and a global greenhouse gas emissions trading scheme are needed to combat global climate change. All of these solutions, stated the IPCC, are deployable in an economically feasible way with firm political support. During a press conference in Bangkok last week, IPCC Chairman Dr. Rajendra Pachuari said the report is “stunning in its brilliance and razor sharp in its relevance. It’s really a remarkable step forward.” But it will be up to the policymakers to help turn these hypothetical solutions into real action, says Marchant Wentworth, legislative representative for the Clean Energy Program at the Union of Concerned Scientists. “It’s important to understand that facts are one thing but political power is another,” says Wentworth. “What it’s going to take is raw political power to get…legislation through the Congress.” Some politicians have dismissed taking action in the past, saying that efforts outlined by the IPCC would hurt the U.S. economy and the “American Way of Life.” But the new report concludes that inaction will be far more detrimental to the global economy than action. The IPCC estimates that stabilizing greenhouse gases will cost less than 3 percent of global GDP over the next 25 years. Some economists estimate that inaction will jeopardize roughly 30 percent of global GDP by 2100. In fact, say many analysts, sustainable development and renewable energy will be a boon to the global economy. The U.S. will benefit from lower energy prices and increased jobs as the renewable energy industries grow. “I think policymakers are now beginning to see not only the importance of responding to global warming by promoting alternative energy, but policy makers are now recognizing the value for their home states and for their districts,” says Jerome Ringo, president of the Apollo Alliance, a national organization that promotes clean energy as an economic driver. “Of course, by promoting these new alternative energies, it’s going to create new jobs and new opportunities for their constituencies of which they represent,” says Ringo. According to the IPCC, if immediate action is not taken, greenhouse gas emissions will increase between 25-90 percent in the next 25 years, causing global temperatures to rise and creating a host of environmental problems. In order to slow such a catastrophe, global emissions need to be reduced 50 percent by 2050. The U.S., which is the world’s leading polluter, must reduce greenhouse gas emissions 80 percent by mid-century in order to help the global community reach that number. However, it won’t be easy for the U.S. to achieve these emissions reduction goals. While most politicians support renewable energy and energy efficiency requirements, many are hesitant to support carbon taxes or an emissions trading scheme, which are vital to combating climate change. But attitudes in Washington are changing as the economic implications for inaction become clearer. Over the last year, the door has opened for renewable energy to play a larger role in our energy mix says UCS’ Wentworth. “What I think we’ve managed to do with the IPCC reports and all the rest of the climate change impacts work…is to point out the consequences for inaction,” he says. “Now we have to make clear to policy makers that the solutions are at hand and they’re not going to bankrupt the country.” For more coverage of the IPCC report and a variety of other stories, listen to this week’s Inside Renewable Energy podcast.