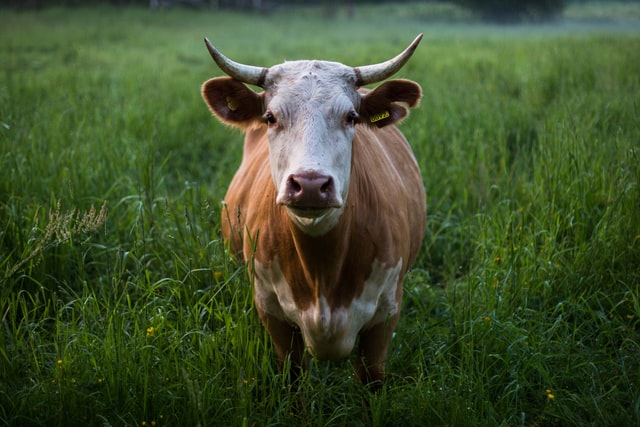 The team hopes to make anaerobic digestion more efficient and profitable for farmers who convert manure to natural gas.

A research team led by Iowa State University is studying ways to increase farmers’ interest in — and profits from — biofuels made from manure and other low-value biomass.

Anaerobic digestion, as it’s known, processes agricultural waste into renewable natural gas using an oxygen-free form of combustion. The gas then can be used on site or refined and distributed through existing natural gas pipelines.

Although anaerobic digestion is widely used in parts of Europe, it has not caught on in the U.S. — fewer than a dozen digesters exist in Iowa.

Lisa Schulte Moore, a professor in Iowa State’s department of natural resource ecology and management, hopes the research team she is leading can help resolve technical, economic and social issues that she believes have hobbled the growth of the technology here.

If certain questions can be answered, she said she sees abundant possibilities for renewable natural gas in Iowa and beyond that not only could address greenhouse gas emissions, but also diversify farm income and reduce pollution in the state’s waterways.

A cluster of huge hog farms in northern Missouri, where some of the research findings will be tested, already collects methane gas from hogs, removes the impurities and puts it into the national gas pipeline network. The owner, Smithfield Foods, wants to add plant matter to the manure once the technology is refined.

The development of biofuels was a prominent recommendation of the state’s energy plan, completed in 2016. The state economic development authority released a Biomass Conversion Action Plan in 2018, and has been funding research into various anaerobic digestion techniques.

While Iowa produces more manure than any other state, according to a 2013 inventory by the National Renewable Energy Laboratory, the sources are not sufficiently concentrated to make digestion feasible. Iowa’s digesters “are not producing gas as efficiently as we’d like, and thus they can’t be profitable. Several things can disrupt digestion, like the mix of microbes isn’t right for the feedstocks. And temperature swings can pose a risk. As we have digesters moving north, the temperature affects their profitability.”

The research that she and Tom Richards, a professor of agricultural and biological engineering at Pennsylvania State University, are supervising will tinker with several aspects of anaerobic digestion. They hope they can enhance the efficiency, reduce the costs and create some ancillary income streams that will persuade farmers in Iowa and beyond to add digestion to their operations.

The research team will explore the use of mixed prairie grasses and winter cover crops, such as annual rye, as fodder. Converting marginal row-crop land to prairie grasses and cover crops could produce multiple benefits for farmers and the larger community, Moore said. While growing, they would reduce runoff, water pollution and erosion. They then could be harvested at different times of year to generate additional farm income.

The project is funded with a $10 million grant from the U.S. Department of Agriculture. Some members of the Iowa State team, known as C-Change, received state funds to study potential synergies from combining digestion with pyrolysis, the use of heat in an oxygen-free environment to hasten decomposition.

Brandon Butler, communications director for Roeslein Alternative Energy in St. Louis, said high-quality renewable natural gas is most profitable when sold to California to meet the state’s Low Carbon Fuel Standard. State law requires the carbon intensity of the state’s transportation fuel to decrease by a total of 20% by 2030.

Shipping company UPS has embraced the shift. It agreed last October to buy 230 million gallon equivalents of renewable natural gas over the coming seven years, making it the largest consumer of that fuel in the transportation industry.

Renewable natural gas, though, faces skepticism from clean energy and climate groups, some of which argue that the biogas is too scarce, too expensive, and primarily exists to help the natural gas industry green its image. These critics say society is better off electrifying buildings and transportation instead of marginally reducing the climate impact of gas infrastructure.

Butler said he expects the renewable natural gas market to heat up because several other states — New York, Minnesota, Washington and Oregon — are considering following California’s example. Roeslein is a consulting firm that has worked with Smithfield Foods on processing manure into marketable gas and restoring agricultural land to prairie.

Moore said the C-Change team, having taken note of the resistance in some rural areas to solar and especially wind energy projects, will try to gauge sentiment across Iowa regarding anaerobic digestion.

“My colleagues here at Iowa State will conduct interviews with stakeholders to understand … whether people think there are risks. We’re anticipating potential challenges and [want to] address them prior to energy development rather than during the process. That backlash increases project costs.”

She hopes Iowans will see anaerobic digestion as a win on several levels, “in terms of returning more value to farms, for communities in that it improves air and water quality. And we hope it’s a win globally in terms of renewable energy.”