KENYA — Decentralizing and diversifying renewable energy power generation technologies could be the panacea to save Kenyans from unreliable and expensive power supplied by hydro and thermal power generation, a recent study has found.

The new study by Christian Aid, an international agency that seeks solutions to chronic poverty in various nations says that empowering communities in rural areas in Kenya to produce power through renewable, cleaner sources could reduce overreliance on hydropower and fully exploit the renewable energy potential while offering opportunity to unlock economic growth. 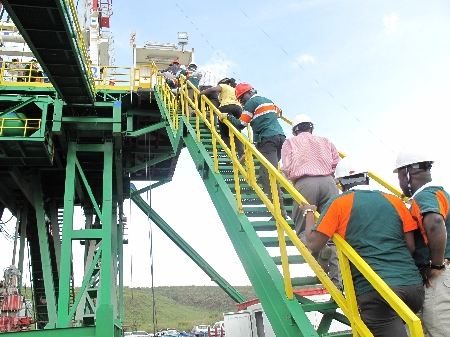 Doig states that decentralized renewable energy projects would be beneficial in terms of mitigating the risk of climate change, poor hydrology and environmental degradation as well as high international fuel costs.

The report points to the lack of a framework to promote renewable energy investments at the lowest levels, which has isolated rural areas and caused them to fall behind in installing such projects.

Kenyans have suffered record high costs of energy over the past year following erratic hydropower generation due to low water levels in major dams that generate power, a trend that had led power producer Kenya Electric Generating Company to rely on expensive imported fuel to produce power.

“High costs of fuel on [the] international market mean that Kenyans will have to pay more for electricity consumption,” said Joseph Njoroge the Kenya Power and Lighting Company director, commenting on the power rationing program that took place for the better part of 2011 in Kenya.

Kenya is a net importer of oil and depends on large hydropower and thermal electricity for 57.7 percent of its power according to Scaling-up Renewable Energy Program (SREP) investment plan for Kenya 2011 by the Ministry of Energy.

Currently, only 5 percent of rural and 51 percent of the urban population has access to electricity. And 67 percent of Kenya’s total population uses biomass as a source of energy for cooking, according to a Government’s 2005 study.

The study says that Kenya has significant potential for solar energy to be exploited particularly in the Northern Kenya.

Kenya receives an estimated 4 to 6 kWh per square meter per day of solar insolation, equivalent to about 300 million tonnes of oil according to African Energy Policy Research Network 2004.

However Christian Aid says Solar PV is not available to the majority of Kenyans due to its high cost and the lack of knowledge about how the systems work in case of a breakdown. “Solar potential is very high with most areas in Kenya receiving more than six hours [per day] of direct sunlight,” says Doig.

In 2010, the Kenyan government formulated Solar Water Heating Regulations, which it hoped would increase the uptake of solar water heating technology. The regulations are set to provide a relief from the over-reliance on petroleum imports by institutions and households.

The potential of pico-, mini- and micro-hydro is estimated to be 3000 MW nationwide yet only six mini-hydro plants are in operation with a total capacity of 13.64 MW, according to small-hydro.com. For now, one plant is supplying 0.3 MW to the National grid, a mini hydro at Imenti tea factory in Meru Township, which is more than 300 kilometers east of Nairobi city. These systems could be extremely useful for off-grid rural electrification.

Kenya has one of the best wind resources in the world averaging between 3 and 10m/s with northern Kenya recording speeds of up to 11m/s. Installed capacity from wind generated power is currently 5.1 MW.

Northern Kenya and along the coast are ideal sites for setting up wind farms, the Christian Aid study notes.  Wind energy can be located where agricultural production is impractical like in the North Eastern province, states the report. Currently, the Lake Turkana Wind Project, which is being constructed in the arid North Eastern province, is projected to add 300 MW of wind power to the national grid. 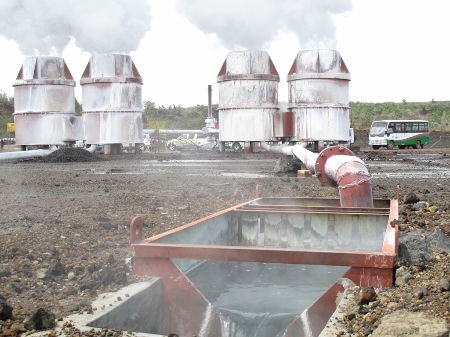 Geothermal energy potential in Kenya is massive, according to experts. Geothermal Development Company (GDC) plans to drill 1,400 steam wells to provide steam for up to 5000 MW of geothermal power capacity by 2030.

According to GDC’s Managing Director Silas Masinde Simiyu, only 2 percent of the total geothermal potential has been exploited in Kenya. The total potential of geothermal power capacity in Kenya is estimated to be 7000 to 10,000MW.

The National Climate Change Response Strategy 2010 set forth by the government emphasizes the promotion of renewable energy resources such as biomass, solar, wind and agricultural wastes. The strategy acknowledges the significant economic growth recorded in Kenya for the last four years, translating to vibrant industrial growth.

The country was expected to inject an additional 201 MW by 2009/2010 to meet the rising demand for electricity. In 2008, the government introduced feed-in tariffs policy for electricity generated from small hydro, wind and biomass.

Local companies benefiting from these tariffs include the Mumias Sugar Company, which supplies 26 MW to the National grid through bagasse based cogeneration and Imenti tea factory, which supplies 0.3 MW through a small hydro.

According to Permanent Secretary in the Ministry of Energy Patrick Nyoike, it is the government’s commitment through (SREP) to support the grid extension and decentralization of energy systems with a view to expanding the percentage of population with access to non fossil-fueled electricity. 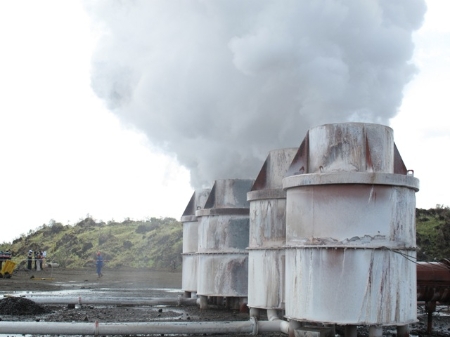 In addition to geothermal energy, Nyoike says that off-grid rural electrification, cogeneration, wind feasibility studies, solar energy for rural Kenya, small hydro, wind, and biogas are some of the renewable energy initiatives considered in the energy program for Kenya.

Nyoike concurs that financing renewable energy has been one of the biggest challenges due to perceived high risk and expensive nature of these systems.

“The government allocated Kshs. 70 billion (US $753 million), the highest amount so far to Ministry of Energy in 2011/2012 budget, thirty percent was channeled to geothermal development. With donor fund coming in; the country will finance other systems of renewable energy sources,” said Nyoike.