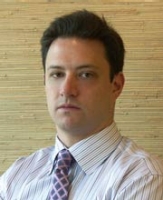 The development of renewable energy resources in the U.S. is constrained by a difficulty in obtaining project financing. The growth of the markets for the green attributes of renewable energy (RECs) provides a built-in solution. But, the market must first develop a forward curve to give project developers and the financial community the certainty in cash flows necessary to get additional renewable power resources online.