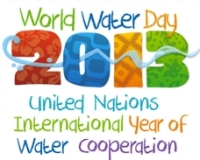 LONDON The International Hydropower Association (IHA) is calling upon the hydroelectric power sector to use World Water Day as an opportunity to extol the virtues of hydropower as a means of managing water resources throughout the world.

World Water Day, observed every March 22 since adopted by the United Nations General Assembly in 1993, is a global initiative intended to promote the responsible use of water.

“In the face of climate change, multi-purpose hydropower has a vital role to play in managing water,” said IHA Program Director Tracy Lane. “Water storage can protect communities from the impacts of unpredictable floods and droughts, and revenues from hydropower can help finance water management infrastructure.”

Hydropower has “experienced renewed interest from investors and policy-makers in recent years,” IHA said, with new projects accounting for 27 GW of installed capacity in 2012.

And though hydropower development is quickly becoming a prominent consideration as an energy source worldwide, IHA said it is important for projects to be implemented with sustainability as a primary concern.

Likewise, the organization emphasized hydropower infrastructure as a tool for multi-national dialogue.

“With 2013 the International Year of Water Cooperation, it is relavant to highlight the role that integrated water and energy infrastructure asset management plays in contributing to enhanced regional cooperation across the world,” IHA Sustainability Director Cameron Ironside said.